To share your memory on the wall of Robert Flemons, sign in using one of the following options:

Passed away at Joseph Brant Hospital on Monday, February 24, 2020 in his 90th year. Loving husband and best friend of Rhoda for 67 years. Loving father of Brian (Wendy) and Lori (Ryan Memme). Proud grandfather of Christen, Barrett, Carson, Maxwell and Rocco. He will also be missed by his grand-dogs Tulip and Indy.

Robert was born and raised in Winnipeg, Manitoba where he met the love of his life, Rhoda, but eventually they landed in Burlington where they lived together for over 55 years. Prior to ending up in Burlington he lived and worked in Vancouver, Montreal, Niagara and Hamilton. He had a very successful lifetime career with Canadian Liquid Air, a worldwide corporation. After multiple positions within the company, and moves throughout the country, he eventually retired from his position as Regional Manager for Ontario, based out of Toronto.

Robert always practiced an open-door policy with everyone he cared about and this was one of the many reasons for his great success, not only in his career but with his family and friends.

He played baseball and hockey in his younger years and later went on to coach kids hockey. He was a fierce competitor and an avid sports enthusiast. He was passionate about golf and was a member of the Burlington Golf and Country Club for 54 years. Robert was proud of shooting better than his age at 85, with a score of 83. Robert also loved to fish and always dreamed of that 35lb salmon at the end of his line. There was nothing he wouldn't do for his family and close friends and loved spending time with them as much as possible. This usually included a few drinks and long tales of his many past adventures (and there were many!!). He always encouraged his kids to travel and loved to travel himself. When his children were young, he took them on many adventurous road trips. Later in life, Robert and Rhoda enjoyed travelling the world and experienced numerous great adventures together. They always looked forward to getting away from the cold and spending their winters in Florida.

Robert will be deeply missed by his family and friends. A special thank you to the nursing staff at Joseph Brant Hospital for their excellent care.

A Private Family Service will take place. Interment at Burlington Memorial Gardens. For those who wish, donations in memory of Robert to the Heart and Stroke Foundation would be sincerely appreciated by the family.
Read Less

Receive notifications about information and event scheduling for Robert 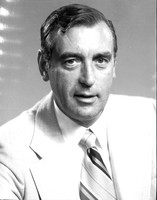