To share your memory on the wall of Robert Burniston, sign in using one of the following options:

Passed away peacefully at Joseph Brant Hospital in Burlington on Sunday, March 1, 2020 at the age of 79. Loving and devoted husband of 54 years to Sheila Burniston (nee Petley). Cherished father of ... Read More
BURNISTON, Robert “Bob” Matthew -

Passed away peacefully at Joseph Brant Hospital in Burlington on Sunday, March 1, 2020 at the age of 79. Loving and devoted husband of 54 years to Sheila Burniston (nee Petley). Cherished father of Tracey Stewart (Ron) and proud grandfather “Da” of Abbey Stewart. Dear brother of Norma Burniston and the late Harold Burniston (Diane), and brother-in-law of Barbara Dobson (Edward) and Jeanette Scripps. Robert will also be missed by nephews and extended family and friends in England, Scotland, as well as here in Ontario. Robert served for 22 years in the British Army, finishing his military career with the rank of Sergeant Major before moving to Canada to work 16 years as a physical education instructor with the Metro Toronto Police. Special thank you to the doctors, nurses and staff at Joseph Brant Hospital for their kindness, compassion and the care provided.

As per his wishes, Private Cremation has taken place. Due to the circumstances surrounding COVID-19, the family of the late Robert Burniston have postponed the Memorial Gathering which was scheduled for Sunday, April 5, 2020. Please contact the funeral home for further information.


In lieu of flowers, please consider making a donation in memory of Robert to The Canadian Pulmonary Fibrosis Foundation.
Read Less

Donations are being accepted for: Canadian Pulmonary Fibrosis Foundation.

Posted Mar 13, 2020 at 09:56am
I had known Bob for several years, but I got to know him really well while on the supervisors course in 1990. The next year during the promotional competition the Service added ten points to their point system for any candidate who had a current fitness pin. Ten points were a huge advantage and could make or break a candidate's chances. Bob went out of his way to test a constable on my platoon at the last minute, as a favor to me, and issued him a fitness pin. That constable got promoted and was a credit to the service as a Sergeant. Bob was a truly outstanding human being, and sadly missed. Bob Mann Detective 2759 (ret)
Comment Share
Share via:
GB

Posted Mar 12, 2020 at 11:07am
I will always have fond memories of Bob at the pool at C.O BIck where I swam. He would bet young cadets they couldn't beat me and probably won a quid or two.. He was a good man and will always be remembered. P.C Graham Bentley (retired) TPS - Traffic Services.
Comment Share
Share via:
GR

Posted Mar 12, 2020 at 08:17am
My family and I had the honour of having Robert, Sheila and Tracey as neighbours when they first came to Canada.
Robert was always available when we needed him to offer advice or help fix things around our home. I have many, many
wonderful memories of early morning breakfast and Christmas celebrations our families spent together. I will always be grateful for his support and encouragement. He was a wonderful friend and neighbour and will always be loved and missed.
Sheila and Tracey you were extremely fortunate to have had him as your husband and father. He will always be with you reminding you to stay strong.

Posted Mar 10, 2020 at 11:43am
I had the pleasure of working at the C.O. Buck College with Bob. Who certainly put us through many a vigorous session over the years
My deepest sympathies to the family on your sad loss.
Just the mention of Bob’s name would start your heart pumping. Bob was a dedicated Physical Fitness Instructor who did so much to get Members of the Toronto Police realize the importance of staying fit.
He volunteered to hold Fitness Classes after work for any member wishing to participate and get rid of those extra pounds.
My many thanks to Bob for all his efforts and encouragement which certainly helped many of us make healthier choices .
May he forever Rest In Peace.
Lionel. TRINIDAD (Retired 1996).
Comment Share
Share via:
L

Posted Mar 09, 2020 at 05:57pm
Mr. Burniston,
I was one of those ,older ladies, who joined the Metropolitan Toronto Police Force . On the first day I met you ( yah scared me ) I was doing my initial physical fitness run at the old C.O.Bick, just trying to make it to the next stage in hiring process. You were there on that uphill run towards the College . KEEP GOING , you said ,your doing fine. I saw the look on your face and pushed harder and actually got the run in on a pretty good time. Thank you Mr. Burniston. You taught us, at least those who listened, you taught us a lot.
Condolences to the Burniston family.

Yik ,if in Heaven , Angels have to participate in physical Education, well they will have a good teacher. 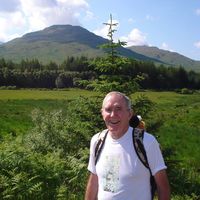 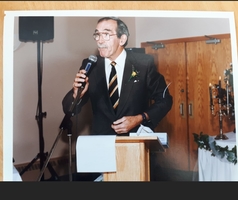 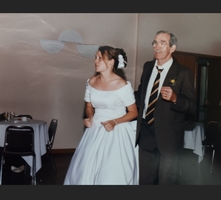 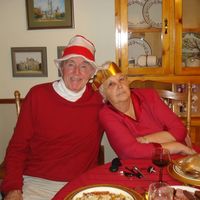