To share your memory on the wall of John Robertson, sign in using one of the following options:

John passed away at Joseph Brant Hospital on Wednesday, February 19, 2020 at the age of 90. Beloved husband of Suzanne for 66 years. Loving father of Elizabeth (Edward Andrew), Jane Robertson, and Anne (Duncan Sutherland). Proud grandfather of Clifford, Byron and Gareth Andrew and Arlen and Alexander Sutherland. Predeceased by his parents Norman McGregor Robertson and Rhoda Helen Morris.

John followed in the footsteps of his father representing Canada in Yachting at the Olympics in 1948 and 1952. After competitive sailing he enjoyed cruising in the Nonsuch, Such ‘N’ Such with family and friends and being on the water in Hamilton Bay and Lake Ontario in the various power boats and sailboats he built in the basement. John had a great passion for building boats.

We have many happy family memories of skiing, cottaging, travelling, and being at home by the fireplace. John is deeply missed by his family and friends.

Visitation at SMITH'S FUNERAL HOME, 485 Brant Street, (one block north of City Hall), BURLINGTON (905-632-3333), on Thursday, February 27, 2020 from 3:00pm-5:00pm. A Private Service will be held. In lieu of flowers, donations in memory of John to the Royal Hamilton Yacht Club Junior Sailing Program or the Bruce Trail Conservancy would be sincerely appreciated by the family.
Read Less 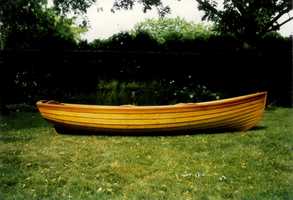 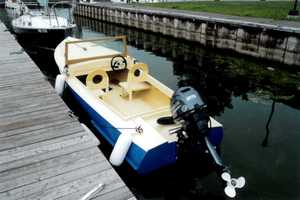 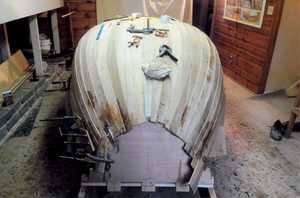