To share your memory on the wall of Elmer "Al" Diemert , sign in using one of the following options:

It is with broken hearts that we announce the sudden passing of Elmer (Al) Diemert. Al passed away peacefully with his family by his side on Monday, October 28, 2019, at the age of 79. He was predeceased by hi... Read More
Diemert, Elmer "Al" Norman

It is with broken hearts that we announce the sudden passing of Elmer (Al) Diemert. Al passed away peacefully with his family by his side on Monday, October 28, 2019, at the age of 79. He was predeceased by his loving wife Marilyn (nee Kett). He will be deeply missed by his children, Wayne (Carol), Kathy (Rand), Karen, Michele (Line) and Nicole (Mark), his grandchildren Shane (Kimberley), Shelby (Daniel), Dylan (Courtney), Brandon, Codie, Darcy, Carson and Carter, and his great-grandchildren Cooper and Rory. Predeceased by his brothers Don (Angie) and Francis, and survived by his sisters Rosemary Fisher (Francis), Marleen Solomon (John) and brother Stan (Shannon). He will also be dearly missed by all of his many nieces and nephews and their families. Al was affectionately known as Mr. D. by many, and his impact on all will not be forgotten. He will be fondly remembered by many friends at Otter’s Edge where he had his summer retreat for 30 years, and the many co-workers and dear friends he met throughout his 40 year tenure with the Bank of Montreal. PORO Dad / Papa. We love you.
Visitation at SMITH'S FUNERAL HOME, 1167 Guelph Line (one stop light north of QEW), BURLINGTON (905-632-3333), on Saturday, November 9, 2019 from 12 pm until 1 pm followed by a Celebration of Life held in the funeral Chapel at 1pm. A reception will follow the service at the funeral home from 2-4 pm. For those who wish, donations in memory of Al to Carpenter Hospice would be sincerely appreciated by the family.
Read Less

Receive notifications about information and event scheduling for Elmer "Al"

We encourage you to share your most beloved memories of Elmer "Al" here, so that the family and other loved ones can always see it. You can upload cherished photographs, or share your favorite stories, and can even comment on those shared by others.

Posted Nov 06, 2019 at 10:01am
Wayne , Nicole, Kathy, Karen, and Michele , hold the great memories close as you grieve . Deepest sympathy to the entire Diemert family .
Oh so many memories; the good times; the crazy times; the odd sad time; the dedication to BMO; and above all else a treasured friendship. You have checked out ahead of me but I am at that life stage you classed as " we shouldn't even buy green bananas".
So please save a bit of Blue Label to share when next we meet !
While we haven't been together very often recently , I will miss the phone calls checking on each others well being . Our most recent call is a wonderful lasting memory as who else would end a call with " take care, Love You, big buddy" .
Right back at you , Good Buddy, Love You !

Posted Nov 05, 2019 at 08:11pm
Mr D.. we are saddened by your loss....but honoured and blessed we were able share our lives,our families, and spending summers together for many years at Otters Edge.. we will miss getting random pictures in the mail and by text of moments you captured and loved to share. We thank you for the laughs..your generosity when we just wanted to do something for you....even though you secretly watched to make sure it was done right...for your crazy texts that I could never figure out....Mr D you were one of a kind...a legend ..we will always fondly remember you...scotch in hand...tilapia on the BBQ...and taking a picture that brings a tear to your eye... THANK YOU ...for letting us be a part of your journey...rest in paradise PORO.....love Sue, Doug, Amanda , Jesse
Comment Share
Share via:
KF

Posted Nov 03, 2019 at 03:51pm
Where does one begin to say how much we are going to miss our Mr. D. When I met him and Harry at the young at of 10, I never knew then how much he would become a huge part of our family. He adopted our whole family as one of his own, always remembering birthdays and anniversaries , despite his own very large family. Memories of years at the trailer, warm nights around the fire, hiding in the bushes with his camera to catch the shot that would bring a tear to his eye, the many cherished photo albums he created for us, the tilapia on the BBQ and later all those unforgettable texts are just a small few of the awesome memories we now hold dear to our hearts. To The Diemert Family, you have suffered a terrible loss but have so many great memories to heal with. Hugs and Love to you all. So Long Mr. D. I know you are having a scotch with Marilyn and Mom right night. GB TWMA PORO Love Kimbob, Moe, Dylan & Ryan
Comment Share
Share via:
LL

Posted Nov 02, 2019 at 03:55pm
my deepest sympathies to kathy karen and families. i heard you speak of your dad many times. he sounded like a fabulous dad and person. although i did not know him i wish him safe travels to his creator. rip mr diemert

Posted Nov 01, 2019 at 06:19pm
My sincere condolences to the Diemert family on the passing of MR. D - our mentor and colleague at BMO for several years and great friend to many of us. He was MR. D in many respects- MR. Dapper=MR. Distinguished=MR.-Do it my way=MR. Dialogue=MR. Determined=MR. Demanding=MR. Devoted=MR. Dedicated and most important MR. DAD and GRANDAD. I enjoyed his wit and charm and great sense of humour. Of late we texted on several occasions and in addition to his humour he always added the great riddles of letters to figure out -like PO and RO. Thanks for all of the great memories MR. D. and your friendship-TTYL-Bob
Comment Share
Share via: 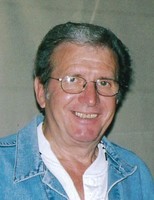 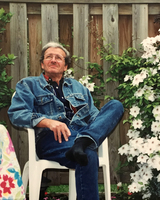 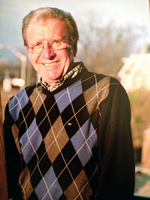 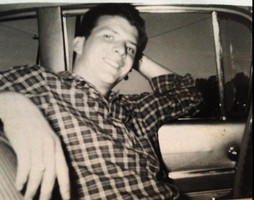