To share your memory on the wall of Dr. Mark McDermott, sign in using one of the following options:

Provide comfort for the family of Dr. Mark McDermott with a meaningful gesture of sympathy.

Mark closed his final flight plan on August 13, 2019 at Juravinski Hospital in Hamilton surrounded by close family and friends.

Mark closed his final flight plan on August 13, 2019 at Juravinski Hospital in Hamilton surrounded by close family and friends.

Born in Toronto in 1950, he left for Hamilton in 1969. With an intense scientific curiosity, he excelled in academic studies at McMaster University where he obtained a PhD and became a member of the Faculty of Health Sciences. In the field of research, as part of McMaster’s Immunology Research Group, Mark focussed on the mucosal immune response and contributed to the development of new delivery methods for vaccines, helping McMaster achieve its world-recognized research position. As part of the university’s administration, he facilitated millions of dollars of research contracts with the private sector and became a sought-after consultant to the Biotech and Pharmaceutical industries. But it was the field of teaching that became Mark’s passion, particularly during his later years, when he devoted significant time to mentoring and guiding many students toward achieving their academic goals.

From a young age he had a desire to explore the rugged natural landscape. He became proficient with a paddle and descended many challenging white-water rivers. Over time, the need for adrenalin was replaced with a need for serenity which he found through frequent sea kayaking trips to Georgian Bay. Like many with a love for the outdoors, the mountains also beckoned. He became an accomplished mountaineer and scaled many peaks in the Canadian Rockies, including nineteen first ascents. On skis, he schussed through the powder snow of slopes in North and South America. Eventually, his desire to be at elevation could not be satisfied by foot and chairlift alone. He obtained his pilot’s license and owned and flew an assortment of power planes and gliders.

All of these endeavours were practiced with dogged precision plus a stroke of luck. He made his line down turbulent rivers and never fell from the precipice of a mountain. He only missed an airport runway once, emerging unscathed, and survived the famous Nepali earthquake of 2015 while en route to the base camp of Mount Everest.

Above all else, what he found most satisfying in the pursuit of scientific knowledge and lofty adventure was the camaraderie of those with whom he engaged… his “cronies” as he liked to call them.

Mark leaves behind his loving wife Marilyn, son Chris, brother Paul as well as many thankful friends, colleagues, students and dachshunds of years gone by. There will be a celebration of his extraordinary life later this fall.

Oh! I have slipped the surly bonds of earth
And danced the skies on laughter-silvered wings;
Sunward I've climbed, and joined the tumbling mirth
Of sun-split clouds - and done a hundred things you have not dreamed of---
Read Less

We encourage you to share your most beloved memories of Dr. Mark here, so that the family and other loved ones can always see it. You can upload cherished photographs, or share your favorite stories, and can even comment on those shared by others.

Posted Aug 19, 2019 at 11:48am
My deepest condolences to you and Chris, Marilyn. I remember your telling us of Marks many accomplishments and adventures..He certainly knew how to wring the most out of this life. Take care and enjoy the memories....Dorleen Allen ❤️
Comment Share
Share via:
AB

Posted Aug 17, 2019 at 09:59pm
My condolences to the family for the loss of such a wonderful person. I will never forget Mark and all of his sound advice and experiences with flying, and feel privileged to have known him. So many great conversations over fly out lunches and pub nights with the group from the airport. May he fly blue skies with tail winds as he rests in peace.

Posted Aug 17, 2019 at 08:46pm
Mark , a friend , a great person and fellow aviator, many wonderful indelible memories, flying, travelling to the Reno Airshow,but mostly sharing our love of food and wine.
life is all but memories and I will always remember Mark McDermott .
my deepest condolences to you Marilyn and Chris.
With love
Julie Marzoli. 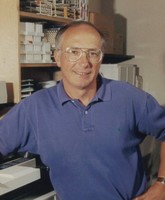 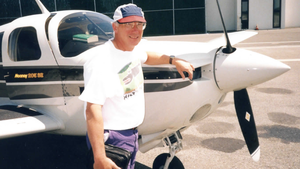