To share your memory on the wall of Doris Katerenchuk, sign in using one of the following options:

Provide comfort for the family of Doris Katerenchuk with a meaningful gesture of sympathy.

It is with great sadness we announce the passing of our dear mother and grandmother who passed away unexpectedly December 14th, 2019 in Burlington, Ontario. ... Read More
KATERENCHUK, Doris Gail (nee Hebert)
January 11, 1935 - December 14, 2019

It is with great sadness we announce the passing of our dear mother and grandmother who passed away unexpectedly December 14th, 2019 in Burlington, Ontario. Doris and her beloved husband John of 58 years, will now be reunited since his passing in September 2016. Doris will be greatly missed by her five children Brenda Lee (Ewa), William (Jerry), Mathew (Kelly), Jamie (Michel), Daniel (Mirella), her grandchildren Jordan & Justine; her friends, her sister Judy Rix and her nieces and nephews.
Doris had a love of dancing that started in her early teens and that she eventually shared with her husband John throughout their lives together. Always living in the moment, she travelled with John extensively and in her sixties and seventies often visited Buenos Aires, Argentina where they danced the evenings away. Her faith was strong and her inner strength was admirable. She overcame ill-health and was blessed with a new heart over eighteen years ago. Her gracious demeanor and loving nature will be sadly missed and she will live forever in our hearts.
A mass was held on December 19th, 2019 at St. John the Baptist Roman Catholic Church in Burlington Ontario, and a private interment will take place at a later date. Donations may be made to The Canadian Heart & Stroke Foundation.

We encourage you to share your most beloved memories of Doris here, so that the family and other loved ones can always see it. You can upload cherished photographs, or share your favorite stories, and can even comment on those shared by others. 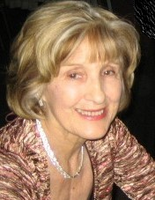