To share your memory on the wall of David Carr, sign in using one of the following options:

David slipped away quietly in the early hours of 24 July 2020. At 92 he often expressed surprise at his longevity. Born in Southport, England on 10 January 1928, a University of Liverpool medica... Read More
Dr. David Harvey Carr, MB, ChB, PhD, DSc

David slipped away quietly in the early hours of 24 July 2020. At 92 he often expressed surprise at his longevity. Born in Southport, England on 10 January 1928, a University of Liverpool medical degree launched his professional life in 1950. Two years later he and his wife Jean immigrated to Canada where he requalified, then studied dermatology until financial constraints led him back to general medicine in Marathon and Cambridge, Ontario. The appeal of academe proved strong however, and in 1958 he accepted an offer from Alan Skinner of the University of Western Ontario to teach anatomy. At the same time, he joined the laboratory of Dr. Murray Barr as a research associate in the emerging field of genetics. Appointed Associate Professor in 1961, David completed a PhD in 1965, publishing extensively on chromosome abnormalities, one paper later recognized as a Citation Classic by the Institute of Scientific Information. His name is also attached to two chromosome syndromes. In 1961 he earned the Ortho Award of the Canadian Society for the Study of Fertility, in 1965 was named a member of the Alpha Omega Alpha honour medical society, then received a research award from the Society for Obstetrics and Gynecology of Canada in 1966, and the same year was nominated an Associate Member of the American College of Obstetricians and Gynecologists. In 1978 the Texas Association of Obstetrics and Gynecology also granted him honorary fellowship.

In 1967 David moved to the newly founded Faculty of Health Sciences at McMaster University in Hamilton, his research supported by a Medical Research Council of Canada Associate Award. He was excited by the small group student-centred approach then being pioneered at McMaster. Over the years he revised and edited nearly 70 teaching modules and produced 60 teaching videos still hosted on the MacAnatomy website. In 1974 he introduced clinical skills to the anatomy program, then coordinated a simulated patient program. As a result of his innovative contributions, he was nominated for numerous teaching awards. In 1969 he received an outstanding teaching award from the medical students, and in 1994 he was awarded a faculty medal for outstanding commitment and dedication to education. The David Carr Teaching Award was established in recognition of his contributions to medical education. In 1970 he was honoured with a DSc from his Liverpool alma mater and in 1993, the year he retired as emeritus professor, his research was recognized by the Sigma Xi Scientific Research Society.

David was predeceased by his father Bernard Compton Carr and his mother Elizabeth, his brothers William and Eric, his first wife Jean and his second wife Gabriella.

His former students describe him as an icon whose teachings helped many receive better care, as a monumental figure with a civilized and humane world view, and as someone whose support offered crucial opportunities for budding careers. He was a “go-to” man for information about unusual ailments. His sense of humour lives on in his threat to haunt colleagues if they refused donation of his remains. Fortunately, he will continue work at a third university in due course.

His family would like to thank everyone at the Meadows Long Term Care Home and Highgate Retirement Home in Ancaster for the past six years of David’s care, latterly for protecting him from COVID. Also, to Dr. Douglas for facilitating visits in David’s final days. Finally, and most importantly to Mariola whose attention enlivened and prolonged David’s life.

David is profoundly missed by his family and friends as well as by those he mentored. Like his spirit animal, the otter, he liked to work hard and play hard and he leaves this legacy to us all. In lieu of flowers please consider one of David’s favourite charities: Carpenter Hospice in Burlington, Doctors Without Borders, Royal Botanical Gardens in Hamilton, or McMaster Health Sciences student assistance and research. A celebration of life will be held later.
Read Less

Receive notifications about information and event scheduling for David

We encourage you to share your most beloved memories of David here, so that the family and other loved ones can always see it. You can upload cherished photographs, or share your favorite stories, and can even comment on those shared by others.

Posted Aug 05, 2020 at 10:21am
Our deepest condolences to Angela and Carr family
A fine gentleman
Colleen and her team at Mount Royal IDA Pharmacy
Comment Share
Share via: 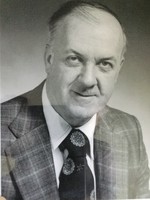