To share your memory on the wall of William Crow, sign in using one of the following options:

Provide comfort for the family of William Crow with a meaningful gesture of sympathy.

Passed away after a long battle with Parkinson’s at Burloak Long Term Care Centre in Burlington, on January 24, 2020 at the age of 84. Loving husband of Valdine Crow (née Duginski) for 62 years. Cheris... Read More
CROW, William Ingimar, P.Eng. -

Passed away after a long battle with Parkinson’s at Burloak Long Term Care Centre in Burlington, on January 24, 2020 at the age of 84. Loving husband of Valdine Crow (née Duginski) for 62 years. Cherished father of Bill Crow Jr. (Carol) of North Vancouver and Cathy Killeen (John) of Burlington. Proud grandfather of Laura, Katie, Sophie and Devon, and great-grandfather of Cole and Eve. Dear brother of Margaret Rowan (late Gordon) of Langley, B.C.

Bill was born on a farm in Arborg, Manitoba in 1935, and was the Manitoba badminton champion as a teenager. He worked his way through university as a summer porter on the CN Railway between Winnipeg and Vancouver, sleeping on tables in the dining car and serving dinner to Cary Grant. Bill graduated from the University of Manitoba in Mechanical Engineering in 1957. He never wrote a résumé. Procter & Gamble hired Bill out of university and moved him to Ontario, where he spent 40 years in a variety of engineering positions, retiring as the MIS manager at P&G’s head office in Toronto. In retirement, Bill and Val travelled extensively.

Bill was a connoisseur of fine wine, great food, perhaps a port after dinner, Barbra Streisand and Jacques Brel. He was a master bridge player, having played in the same club, with largely the same players, for 60 years. Bill could beat you at backgammon, any board game, and UBI, a game too difficult for anyone else to play. He was also adept at jigsaw puzzles, two deck solitaire, trivia, Scrabble, and crosswords. Bill read a book a day, so it was rare to know something he didn’t. And he could pack a smaller car trunk with larger Christmas presents against all the laws of physics, without losing a bow. Bill was an ardent fan of the Toronto Blue Jays since their inception in 1977, attending hundreds of games with Val, and a lifelong fan of the Winnipeg Blue Bombers.

Bill will be fondly remembered by his former colleagues at P&G, his many bridge clubs, PROBUS club, and his biking buddies. He was well loved.

A visitation will be held at SMITH’S FUNERAL HOME, 485 Brant Street (one block north of City Hall), BURLINGTON, 905-632-3333, on Saturday, February 1, 2020 from 12 noon until the start of Bill’s Service of Remembrance, which will commence at 1:00 pm. Reception to immediately follow at the funeral home. In lieu of flowers, donations to the Parkinson’s Society in Bill’s memory would be sincerely appreciated.

We encourage you to share your most beloved memories of William here, so that the family and other loved ones can always see it. You can upload cherished photographs, or share your favorite stories, and can even comment on those shared by others.

Posted Jan 28, 2020 at 06:03pm
Val, Cathy & Bill Jr., so sorry to hear about this, We had no idea Bill was failing so quickly. It's really hard to believe. He was so full of life, full of fun, and all around fine person. I am sure you are left with wonderful memories. As are we. We played bridge with Bill forever, it seems, and were always impressed with his skill. He was routinely our club champion year after year, and it was well deserved. Sorry we are in Florida and unable to attend the events. Val, we'll see you in the Spring when we return.
George & Peggy Torrance
Comment Share
Share via:
LW 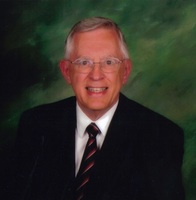