To share your memory on the wall of Trevor Stewart, sign in using one of the following options:

Trevor Stewart was born on September 23, 1969 in Wallaceburg, Ontario. He and his twin sister April were adopted by Fred and Nancy Stewart when they were 3 years old. Their love and guidance shaped Trevor into the incredible man he became. In his early adulthood, Trevor was happy to be able to find and connect with his birth family: his father John Chinn (Debby) and sister Sarah Caron (John) and nieces Makayla and Julia as well as his mother Wilhelmina Gatzke, sisters Michelle, Shelley and Lisa and nephews and nieces Jordan, Avery, Valerie, Christopher, Draiden, Tellissa, Madison and Austin.

Trevor married Lesley on January 29th 2000 and they built a life together based on love of family. Their children Vincent, Neala, Isaac and Ashley meant everything to Trevor and he spent all his free time with them. He included them in the many household projects he took on, including his famous Christmas and Halloween decorations. He shared his love of woodworking and video games with them and always put their needs first. He loved being a Dad to them and gave them a role model they could not only look up to but count on no matter what. Trevor and Lesley have also fostered many children over the years. Trevor showed each of them love, dignity and care as if they were his own.

Trevor had close relationships with many friends and always found a way to chat and joke with someone new, making friends wherever he went. His sense of humour will be remembered fondly by all who knew him. He was never afraid to look silly if he thought it would make someone smile. He was truly young at heart and yet underneath it all, he was a man of deep integrity who worked hard every day and did right by everyone he met. He will be missed beyond measure and carried always in the hearts of those who knew and loved him.

Receive notifications about information and event scheduling for Trevor

We encourage you to share your most beloved memories of Trevor here, so that the family and other loved ones can always see it. You can upload cherished photographs, or share your favorite stories, and can even comment on those shared by others.

Posted Aug 12, 2019 at 01:42pm
I’m so very sorry for the loss of Trevor. Clearly he was an extraordinary man and will be missed by all. I hope your memories and the love he gave you will help and guide you through this Grievous time in your family’s life and bring you peace. Much love, Terry Leigh MacLean
Comment Share
Share via:
LA

Posted Aug 12, 2019 at 09:54am
I am so sorry for your loss. Trevor and I played softball together growing up in Grimsby. I remember him as a kind-hearted soul. It sounds like he grew up to do a lot of good for this world. I’m sorry he was taken so young.
Comment Share
Share via:
BS

Posted Aug 11, 2019 at 01:43pm
he was a great teacher helped me make alot wood stuff one i still have which i play to this day was a game table
Comment Share
Share via:
EC

Posted Aug 10, 2019 at 08:48pm
Myself and my family send love and prayers to Lesley, April, Sarah and all Trevors family and friends. May you find peace and comfort in each other and share those precious memories of Trevor in the days ahead. I have never met Trevor but got to know him in telephone conversations and messages online.To me he was a gentle soul full of love for his family and also a fighter and didn't let things get him down.I miss never have met him because Im sure all those who came into his life feel fortunate for spending time with him.We didn't have to meet you to love you.Elizabeth Chinn and family...Fredericton NB
Comment Share
Share via:
BC

Posted Aug 09, 2019 at 03:55pm
My sincere, deepest condolences to you Lesley and your children. Trevor was a very special, amazing person. I feel privileged to have gotten to know him through phone conversations and messages. I would have loved to have met Trevor in person as I am sure all of my brothers, sisters and relatives would have. My heart felt condolences to April and Sarah and all of Trevor’s family and friends, which I am sure, there are many. Every Halloween as I decorate the yard, I will carry Trevor in my heart.
Much love ❤️ Bonnie Chinn
Comment Share
Share via: 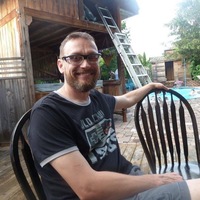 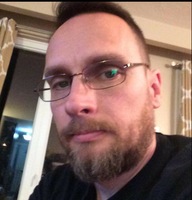 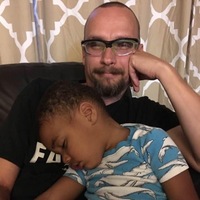 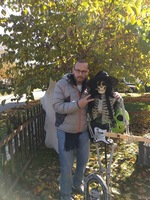