To share your memory on the wall of Thomas Farrington, sign in using one of the following options:

Receive notifications about information and event scheduling for Thomas

You will receive any future notification messages.
Print

We encourage you to share your most beloved memories of Thomas here, so that the family and other loved ones can always see it. You can upload cherished photographs, or share your favorite stories, and can even comment on those shared by others.

Posted Jun 09, 2019 at 05:08pm
Dearest David, Sally, Joey, and Melissa, Our hearts go out to all of you and your families. I was so sorry to read that your Dad, Father in law and Grandfather passed away. I pray that all the precious memories you have of him, will help you in your grieving and to cherish those beautiful memories. It is always so hard to lose a loved one.

Posted Jun 01, 2019 at 12:04pm
Dear Moe, Dave, Jackie and family, Kathleen and I will miss everything about Tommy. His warm smile, gentle laughter and kind word he had for all, but most of all will miss teeing it up with Tommy and his friends. His larger than life personality will live on for us all. Thinking of you Tommy!! Kathleen & Bill
Comment Share
Share via:
GP

Posted May 31, 2019 at 05:51pm
We are deeply sadden with the passing of Tommy. we will truly miss him. His laugh , golf tips and great sense of humor. It was wonderful getting to know Tommy but also great to meet his wonderful family. Our prayers are with you Moe, Dave Sally , Melissa and Joe, Jackie, Chris, Ainsley and Thomas. The one thing we know he has a standing Tee time at 11 AM with all of this buddies who have gone before him . Love Shelley & Gary
Comment Share
Share via:
EH

Posted May 29, 2019 at 07:47am
Maureen & Family - we are so sorry to hear of Tommy's passing. He was such a great guy. We loved coming to the reunions to be with all of you, we had so much fun. We are thinking of you all at this sad time. It is comforting to know that he was surrounded by his loving family and that he is at peace now. Rest in peace Tommy!. Graham, Elaine & Amanda Harding, Batavia, NY USA.
Comment Share
Share via:
SM

Posted May 24, 2019 at 01:27pm
So sorry for your loss - my thoughts and prayers are with all the family. I'm a friend of Sally's and know how much he was admired by her and her family. Let the memories bring you comfort during this difficult time.
Comment Share
Share via: 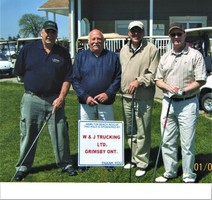 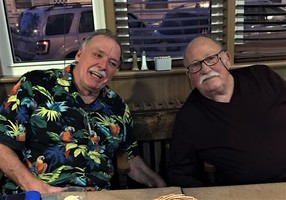 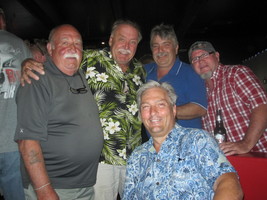