To share your memory on the wall of Shirley Reeves, sign in using one of the following options:

Died peacefully at the age of 90, on September 24, 2020. Eldest daughter of the late William “Bill” Snyder and Alice Snyder of St. Lambert, Quebec. Loving wife of the late John C. Fortune of St. Lambert and teenage friend and devoted wife of Alfred Reeves of Burlington, Ontario. Betty leaves behind her cherished daughter Pamela Jane Robitaille (Phil), and grandchildren Michelle, Desiree and Justin of Oro-Medonte and her loving son Andrew Adam Fortune (Krissi), and grandchildren Hailey, Madison, Evan and Jack of Candiac, Quebec. Betty also embraced Al’s Children, the late Gary Reeves, Hamilton, Allyson Reeves, Kitchener, Marybeth VanOosterhout (Andy), Burlington, Tim Reeves, Toronto, Ted Reeves (Lee) Rockwood and Stephany Reeves of Guelph and grandchildren Skylar, Liam, Jack, Cate, Sam, Ben, Lindsay and Erin.
Betty leaves her only sister Joan Lloyd (Snyder-Comeau) of Guelph and her six nieces and nephews, Peter, Michael, Marie, Theresa, Jackie and Joey and their families. Betty graduated in 1948 from the Holy Names of Jesus and Mary Convent, now College Durocher on Riverside Drive, St. Lambert. Business College of St. Lambert and later took courses in Life Religious studies at McGill University, Montreal. Betty, one of the first female real estate agents in St. Lambert in 1957. She schooled at Red Path Realties, became the first agent with Okill Stuart and retired later from Royal Lepage after nearly 30 years in Real Estate in her home community of St. Lambert. As former President of the Catholic Women’s League (CWL) of St. Francis of Assisi (1959 and 1985) and President of the St Jean Longueuil Diocesan Council of the CWL, she was recently honoured with her 70th year service pin given to her from the St. Paul the Apostle’s CWL President. She served as a warden for her Fabrique St. Francis of Assisi as chairperson of the social committee for the 25th anniversary of the parish. She was a toastmaster and a chapter member of the Thespians, acting in several plays. Her first love was her family and the memories of her home away from home in North Hero, Vermont, USA on Lake Champlain, where many of family and friends gathered for cherished memories, laughter for over 30 years of ownership near Holiday Point. Betty leaves her family and loved ones including her dear friends, Linda, Joan, Margaret, Theresa, Janice and all her CWL sisters with the understanding they will all meet again. She joins Aurelie, Frances, Shirley and Ruby and all the angels. Visitation will be held at St. Paul the Apostle Roman Catholic Church, 2265 Headon Rd., Burlington, on Saturday October 3, at 10 a.m. followed by a Funeral Mass at 11 a.m. Interment at St. Lambert Cemetery, Quebec at a later date. A special Mass in memory of our mother will be held at St. Francis of Assisi Parish at a later date. Donations to World Vision, Society of the Little Flower, Covenant House or Habitat for Humanity.
Read Less

Receive notifications about information and event scheduling for Shirley

Donations are being accepted for:
THE MONASTERY OF MOUNT CARMEL WORLD VISION CANADA-VISION MONDIALE CANADA

We encourage you to share your most beloved memories of Shirley here, so that the family and other loved ones can always see it. You can upload cherished photographs, or share your favorite stories, and can even comment on those shared by others.

Posted Sep 29, 2020 at 11:22pm
Shirley (known as Betty to me) travelled together for many mornings and afternoons as we attended classes at McGill together. We took turns driving - and spent many hours together chatting and laughing over all manner of topics. I'll always remember our first morning as we arrived late to class, spilling books, umbrellas, coats, purses etc as we stumbled into a class of mostly young men- the professor a very famous gentleman who later complained that he had expected more serious students with greater knowledge of the subject - thinking of us? Betty became my greatest and most loyal fan as I went on studying (and writing) for years. I appreciated that. Thank you Betty.
I and my family also had a lovely few days at the "cottage".
My deepest sympathy to Jane and Andrew and her extended family. I know Jane best through my daughter Dee as they have been friends for years.
Liz Muir
Comment Share
Share via:
HE

Posted Sep 29, 2020 at 06:38pm
Herman and I are deeply saddened to lose this lovely lady and thank Al for bringing this unknown second cousin into our lives after a visit to Spencerville, Ontario connected Betty to some of her Snyder relatives. We have grown to love both Betty and Al very much and will miss them and our frank discussions in their home.
All our love
Herman and Linda
Comment Share
Share via:
SK

Posted Sep 29, 2020 at 10:35am
I am saddened to hear of Betty's passing. I have many memories of spending summer vacations in Vermont and remember the patience Betty showed to the "boys next door". Our sympathies for your loss.

My sincere condolences to you and your family. I had the pleasure of working with Betty for many years at Royal Lepage. We had many laughs together. 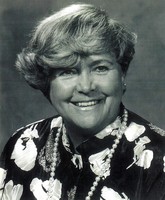 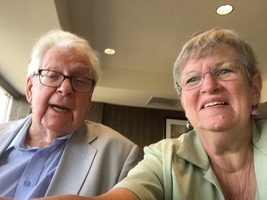 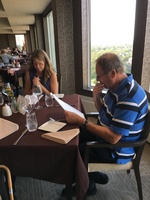