To share your memory on the wall of Alison Hall, sign in using one of the following options:

Provide comfort for the family of Alison Hall with a meaningful gesture of sympathy.

“Of those to whom much is given, much is expected.”

We encourage you to share your most beloved memories of Alison Hall here, so that the family and other loved ones can always see it. You can upload cherished photographs, or share your favorite stories, and can even comment on those shared by others.

Posted Aug 20, 2019 at 09:12am
To Mrs. Hall's Family: We were so very sorry to learn about Mrs. Hall's passing. We were neighbours when she lived in Jordan and enjoyed her company so much. She even gave us a few golf lessons in her backyard, passing on tips she learned from her golf teacher when she was a young girl in Grimsby! We were always impressed with her accomplishments but didn't realize what all of them were until reading her life story. Amazing! Please accept our condolences and most sincere sympathy on the loss of your loving mother and grandmother. Sandy and Ron Philbrick
Comment Share
Share via:
AP

Posted Aug 16, 2019 at 04:06pm
Mrs. Hall was just such an important part of my childhood “on the hill”. Her care and nurturing, prodding and pushing for excellence will never be forgotten. An amazing influence in my life.
Comment Share
Share via:
SR

Posted Aug 16, 2019 at 03:32pm
Dear Hall, Vidler and Rasmussen Families: Please accept our most sincere condolences on the passing of Alison, who was well loved by all of you as mother, mother-in-law, grandmother, and so much more. We consider ourselves fortunate to have enjoyed the pleasure of Alison's company and her hospitality many times over the years due to our long lasting and cherished friendship with Trish. With love and peaceful wishes, Suzanne Rosart and Robert Martin
Comment Share
Share via: 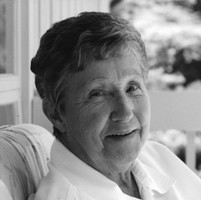