To share your memory on the wall of Ronald Doyle, sign in using one of the following options:

Print
Ron passed away peacefully at home surrounded by the comfort and love of his family.

He will be greatly missed by his wife of 52 years Jennifer (née Edge), sons Michael (Jacqueline Fulton), Robert (Eva Przepiorka) and Shawn (Thuy Tran-D... Read More
Ron passed away peacefully at home surrounded by the comfort and love of his family.

Ron was born in Sweetsburg, Québec and grew up in the Eastern Townships. He attended McGill and Sir George Williams universities in Montréal. His first job was with the Columbian Carbon Company but he worked for most of his life in sales and as a business manager for Monsanto (later Solutia).

His community volunteer work included Scout leadership, many years as Program Coordinator and a member of the Board for the Burlington Boys Gymnastics Club as well as for the Ontario Gymnastics Federation, Secretary for the cottage association and President of the condominium complex where he resided.
Ron lived his life with integrity, honesty and good nature. He met each day with a smile and a twinkle in his eye and strived for fairness in all his actions. Family was the most important thing to Ron and he enjoyed spending time making memories with family and friends at their cottage in Muskoka.

A Memorial Service will be held at The First Unitarian Church of Hamilton, 170 Dundurn St. S. on Thursday, February 6 at 1:30 pm. His is a life worth celebrating; he lived it well and to the fullest.

We encourage you to share your most beloved memories of Ronald here, so that the family and other loved ones can always see it. You can upload cherished photographs, or share your favorite stories, and can even comment on those shared by others.

Posted Feb 06, 2020 at 09:26am
I worked with Ron at Monsanto so many years ago. He was a funny, thoughtful person and a great person to work with. He will be missed by many. My deepest sympathies for your loss. God bless. Giulia Pascuzzi-Geraci
Comment Share
Share via:
CM

Posted Feb 03, 2020 at 03:02pm
Our very sincere condolences to Jenny and family on Ron's passing. May he live on in your hearts.
He was such a good man and shall be very missed here at Paint Lake.
Sincerely, Cathy McConnell and family
Comment Share
Share via:
DS

Posted Feb 02, 2020 at 01:34pm
Our friendship with Jen and Ron goes back 60 years - and what a special friendship it has been! We will miss Ron very much but we are left with such wonderful memories!

People like Ron don't come along very often. We were fortunate to have had him as a friend.

Posted Feb 02, 2020 at 11:02am
So sorry to hear of Ron's passing far too soon.
I consider it an honor to have known and worked with him for years. He was most honest , caring and fair , and a true gentleman
with deep devotion and love for his family . If more people were like him it would be a much better world.

I met Ron, Jenny and family many years ago at the Unitarian Church and we remained friends over the years. I remember Ron's enthusiasm for fixing, repairing, building and sharing his excellent skills helping others. I, too, was a grateful recipient of his excellent work. Ron had a keen eye for the world around him and was frequently willing to share his views with a humorous comment. He was a dedicated family man & will be sadly missed. Condolences to all the family. Renate Manthei & family
Comment Share
Share via: 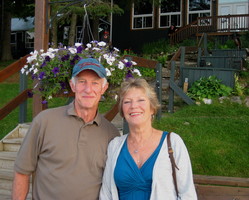 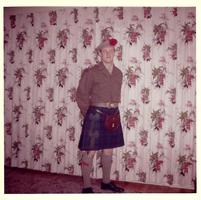