To share your memory on the wall of Richard Quist, sign in using one of the following options:

Richard was predeceased by his twin brother, Ronald George (1979), his father, Jack Ernest (2011), his mother, Helen Patricia (2013) & his loving sister Judith Elizabeth (2019). He is survived by his younger brother Donald Peter (Paula) & an older brother, David John (Rose). Dearly loved by all his nieces & nephews. Lovingly remembered by his first & second wives, Joan & Janice, whom he remained good friends with, as well as his special friend & travelling companion, Gwynette. Richard & Gwynette looked forward to a life together with future travels in their golden years. He will be missed & fondly remembered by a multitude of friends & acquaintances.

Although he never had children of his own, he had a personal long term commitment to fostering a young boy & girl, from India affiliated with the Christian Children's Fund of Canada. His generosity was shared with local charities & his love & compassion for animals provided donations to the local Humane Society.

Richard was born in St Catherines & raised in Burlington where he attended Burlington Central Public School & Burlington Central High School. He also attended Mohawk College in Hamilton before he began his office position at Coreslab Structures (ONT) Inc., Dundas. It was the beginning of his symptoms that necessitated a medical leave & the eventual diagnoses of Lewy Body Dementia (LBD) & Parkinson-plus syndromes that ended his 40 year career with Coreslab. Richard passed away after an almost two year ordeal with these devastating diseases. The challenges he experienced never wavered his gentle demeanor & it appeared he was always accepting of the journey he had before him. Family is thankful for the care, kindness & support of all staff at Cambridge Country Manor Long Term Care Facility.

His pride & joy was his home, a century farmhouse in Carlisle, Ontario where he resided for most of his life & made multiple home improvements while maintaining its charm.

The family would like to acknowledge Richard's eldest niece, Kirsten, sister Judith's daughter, who stood by his side, providing family care & comfort. She continued to convey guidance, reassurance & updates to Richard's family, all of whom live away from Cambridge. Kirsten's strength, skills, dignity & love for her Uncle “Ric” would have made him very proud. “Thank you Kirsten”. As an expression of sympathy, donations in Richard's memory to Parkinson's Foundation (www.parkinson.org 1-800-473-4636) or a charity of your choice would be appreciated in lieu of flowers.

Cremation has taken place. Friends and family are invited to gather for a Visitation at Smith Funeral Home, 485 Brant Street, Burlington Ontario on July 25, 2020 from 3-6pm. In accordance with provincial regulations, there is a limit to the number of visitors who may attend at one time. Please RSVP in advance at www.smithsfh.com. All visitors are asked to wear a face mask and are to remain in their cars until their allotted time.

Mizpah: “The Lord watch between Me & Thee while We are absent from One Another”
Read Less

Receive notifications about information and event scheduling for Richard

We encourage you to share your most beloved memories of Richard here, so that the family and other loved ones can always see it. You can upload cherished photographs, or share your favorite stories, and can even comment on those shared by others.

Posted Jul 21, 2020 at 11:31am
Our family had the pleasure of meeting Richard over ten years ago, but it seemed like we knew him forever. Richard was a very genuine, encouraging and caring gentleman. We will surely miss him.
We would like to extend our sincere condolences to Richard's family.
May his soul rest in eternal peace.

Thank you Eric & Lyn so much for the many cards you sent Rick while he was in the hospital & Cambridge Country Manor. These were read & displayed for him to see. Sincerely Kirsten (niece)
JR

Posted Jul 17, 2020 at 11:21am
Rick and I were born on the same month and year. We grew up together as close neighbours and friends in the Central core of old Burlington. We attended the same elementary and high schools from Grade 1 to 13. We shared many of the same school classes, church, Sunday school, confirmation, cub scouts, hockey, pool hall and the same life interests that continuously changed as we grew up. Rick was always was a good close friend and we had lots of fun together. We shared a tight knit group of friends from our neighbourhood which expanded greatly as our range of mobility and contacts increased with access to cars and interests in a wider range of life's "attractions". We once worked together unloading a box car of wood from BC that was processed into the Expo 67 Canada Pavilion. Lots of slivers. Rick came to our families cottage numerous times and we had a great time cruising Lake Simcoe in our small runabout.

The 50's, 60's and 70's that we shared growing up was a fascinating span of time as the world changed and seemingly everyone along with it. We naturally diverged with different school career paths, new and changing friends, families and work commitments, and places of residence. Rick will always have a special place in my memories of good times. He was a good friend and a kind person.

Thank you for sharing your memories of your long friendship that spanned much of your lives. Your name came up often in conversations & I know Rick shared similar sentiments of you. Many thanks, Kirsten (niece)
PS

Posted Jul 16, 2020 at 08:11pm
To Rick's family ... please accept my heartfelt condolences at his passing. He was the best kind of friend anyone could ever hope to find, one that was always there for you when you needed him. I have known Rick since 1977, the year that I began working at Coreslab. I started as a general labourer in production, but, with his guidance and mentorship, ended up working with him in scheduling and shipping. After I moved on to other endeavours, we maintained a life-long friendship. Rick was like an older brother to me, someone I could always count on when I needed advice or emotional support. He truly made a difference in this world and will be missed. He once told me something that I never forgot: the two things in life which most influence us are love and fear, and we must always strive to let love win over fear. This is something that he showed me by example, time and time again. I continue to live by that advice, my friend, and have passed it on to countless others. Thank you for the love you shared with all of us, be it family or friends. Rest in peace,Rick. I am proud and lucky to have known you.

I am touched by all the love & memories people are sharing. Your name was mentioned many, many times over the years by my Uncle & while I didn’t know you’ve known each other since 1977 I did know it was decades. Rick spoke highly of you Paul. His laugh & outlook will be very much missed. Many thanks, Kirsten
EK

Posted Jul 16, 2020 at 05:16pm
To the Quist family...and what a gorgeous family! I am so very sad to hear of Rick's passing. I remember him as a small boy with his brothers and sister so many years ago when they lived in Burlington...and in such a happy busy family.
And I remember him vividly as the tall very handsome man who came to visit my husband Hans and I...at our home...on the way back from visiting...Rick was driving Jack back home to Peterborough...they stopped in and these two big guys were over taken by my over friendly little dog Max...who was loving them both up ...and once up on Jacks lap...would not come down...And Jack was enjoying the attention too. We had a wonderful and interesting converstion with them both and Rick was animated...and happy...and Hans also enjoyed the visit. Rick I must say, was just dreamy...a big strong guy...but soft spoken!
I will always remember him that way...and we felt that we could have had many more conversations with him ...but he was on a schedule with Jack and they had to go....We said goodbye...everyone big smiles.
So sorry for your loss...another angel goes to heaven...Blessings to your whole, and growing family, for your caring...and loving of each other!
Ena Noreen MacKenzie-Kleefeld
Comment Share
Share via:
KP

Ena, the MacKenzie’s & Quist’s had a very long & special friendship. My grandparents, Jack & Helen, spoke often of your parents & even you & your sister Merle. I’m honoured you both continued to keep in touch with them long after your father & mother had passed. Merle & my mother shared a long sisterly friendship. Your vivid memory of a visit with Rick & Jack warms my heart. Love to you, Kirsten (niece) 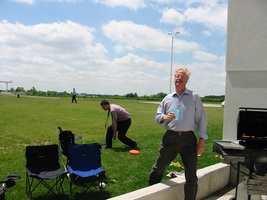 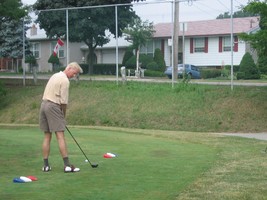 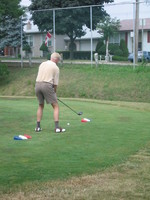