To share your memory on the wall of Madelynne Blackburn, sign in using one of the following options:

Receive notifications about information and event scheduling for Madelynne

We encourage you to share your most beloved memories of Madelynne here, so that the family and other loved ones can always see it. You can upload cherished photographs, or share your favorite stories, and can even comment on those shared by others.

Posted Jan 12, 2020 at 10:18pm
Dear melanie
You will remember me ,as being a very good friend of your dear mother,
Very sorry she is gone , I always thought I would get one more chance to converse with her
I always enjoyed her company , playing golf and bridge ,and always had a hug for her at the ywca,
Love to all the family. Ursula Jubelius 289 337 8551
I have photos of you dancing with maddie at the jazz festival in Niagara 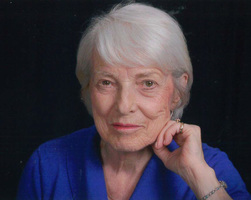