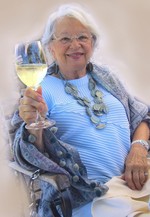 Loretta began her life in McMunn, Manitoba and later moved to Hamilton where she was introduced to John. They married in 1959 and built their first home in Burlington, where they welcomed Brent and, three years later, Leona. The family then moved to the first of two homes in Carlisle before John and Loretta finally settled back in Burlington. Together Loretta and John enjoyed 60 wonderful and eventful years of marriage. Loretta relished family gatherings, travelled far and wide with John, and loved hosting social events for friends, attending ballet and opera performances; and golfing at the Beverly G.&C.C. She played bridge with various groups including in Carlisle and at the Roseland Park Country Club. Loretta volunteered extensively; notably, she was past president of the Hamilton Dental Assistant’s Association; she volunteered for several years with the Joseph Brant Hospital Auxiliary; and she sat for 12 years on the Board of Opera Hamilton.

Visitation at SMITH'S FUNERAL HOME, 1167 Guelph Line (one stop light north of QEW), BURLINGTON (905-632-3333) on Thursday, January 2, 2020 from 3-5pm and 7-9pm. Further Visitation will be held at Compass Point Bible Church (1500 Kerns Road, Burlington) on Friday, January 3, 2020 from 10:00am until the time of Funeral Service at 11:00am. Reception to follow at the church. Private interment at Woodland Cemetery. For those who wish, donations in memory of Loretta to Carpenter Hospice would be sincerely appreciated by the family. Condolences may be shared at www.smithsfh.com