To share your memory on the wall of Joseph Thomas, sign in using one of the following options:

Beloved Joseph Xavier Thomas, husband of Hilda Thomas and father of Chris Thomas and Mike Thomas is missed tremendously, separated from loved ones by death.

Beloved Joseph Xavier Thomas, husband of Hilda Thomas and father of Chris Thomas and Mike Thomas is missed tremendously, separated from loved ones by death.


Joseph Xavier Thomas was the eldest son of Mariasusai Aloysius and Lily Thomas.


Joseph, known as Joe to all his family and friends, was an awesome husband, father, brother and a cheerful friend. He was an accomplished Electrical Engineer for Nova Scotia Power for 30 years before retirement, and followed this with 5 years of consulting work in the Caribbean for their parent company, Emera.


Joe was born in India but was a globe trotter from the time he was only a few months old. Joe lived in Malaysia, Detroit, USA, Singapore, Canada and India, before settling back in Canada.


Joe had to work hard for a living from age 19, after his parents’ untimely death in a car crash in 1971. Joe moved to Glace Bay, Nova Scotia from Singapore and attended Francis Xavier University, in Antigonish, N.S. and the Technical University of Nova Scotia (TUNS). He secured a job in a great utility, Nova Scotia Power, soon after graduation.


Joe, then came to India, agreeing to have an arranged marriage. Joe and Hilda were compatible, were made for each other and got married in 1978.

The couple was blessed with two intelligent, loving children Chris and Mike in 1979 and 1981. Joe was a loving, responsible father, rough-housing with the children, feeding and bathing them. Joe was very computer savvy, and introduced the boys to computers as early as age one.


After retirement, Joe and Hilda moved to Burlington, as each had sisters in Ontario. With Chris living in Halifax, N.S. and Mike living in Vancouver, B.C., Joe and Hilda decided to live somewhere in the middle. Summers and Christmases were joyous with their sons visiting.


Joe was very active, played badminton twice or thrice a week and went for daily 2 hour walks in any kind of weather.


He also gave his time selflessly to the Halton District School Board (Aldershot High School and Holy Rosary School) as a Robotics Mentor.


He volunteered for three hours weekly in the Burlington Senior Centre in the ‘Young And Young At Heart’ program where youth and seniors gather for interaction, sharing, cooking a meal and eating it together and playing board games. Joe loved it. He put his heart and soul into it.


He volunteered at Holy Rosary Church for the Parish Council. He was Extraordinary Minister of the Eucharist for many years. He was a Lector and attended mass regularly.


He was passionate about harnessing Solar Energy to charge small devices like cell phones and flash lights for Haiti. He taught a missionary from our Holy Rosary Church doing great work in Haiti with converting solar energy with easily available cost effective dollar store items.


These were just some of the ways Joe gave back to his community. Unfortunately his health declined slowly in recent years due to a complicated neurological condition. He had troubles doing what he could once do effortlessly. This was very frustrating for him. He had many falls and one fatal fall claimed his life on the 26th of May, 2020 during the COVID-19 pandemic. Joe was active till the end. Hearts break to know that a husband and father is snatched away suddenly. Even in his death, he gave of himself. Being an organ donor, a beloved husband and devoted father lives on.

Joe! We miss you so much. Until we meet again……

“Beads of tears shade my sight

Chords of pain sting and hurt

Bonds of love ease my plight”


Charities: Donations can be made to 'Global Empower' for Haiti represented by Joanna Baumgartner from our Holy Rosary Church, Burlington in lieu of flowers at Empower Global or B The Hope For Haiti.
Read Less

Receive notifications about information and event scheduling for Joseph

We encourage you to share your most beloved memories of Joseph here, so that the family and other loved ones can always see it. You can upload cherished photographs, or share your favorite stories, and can even comment on those shared by others.

Posted Jun 10, 2020 at 08:57am
Athan (hubby)! You are my strong fort of strength. You were a loving husband, excellent responsible appa (dad) and were our great provider. You are our life giving fire! We, your wife and sons miss you but strangely we feel your presence in our hearts and our very being. You are far yet near. You have a central place in my heart with God. I will love you always. Thank you for being my mother, father and husband. I love you sweetheart of a hubby ❤️💖💕💕
Comment Share
Share via:
FT

Posted Jun 09, 2020 at 09:20am
Dear Joe, Thanks for being the rock of our family from such an early change. At the age of 19, you were cast as the head of the household and you performed magnificently. You looked after your 5 siblings and always made sure we were safe. I know we never said Thank You enough times for all the little things and all the big things that you did for us. You were also the provider for Rani, Chris and Mike. You worked tirelessly and compassionately for them and never complained once. I have so many wonderful memories of my many visits with the 4 of you in Nova Scotia. These are memories that are timeless. Family and family values were highest on your priority list which is why you tried to make a go of it in India, the place of our parent’s birth. Many people talk about making big changes but never do anything. You did it and even though It did not work out, at least you tried. I have always respected you for that. We remember the multiple 30+ hour car trips that you made from Nova Scotia to Minnesota because to you it was so important that Chris and Mike know their cousins Sara and Matt. Because of you they have such a strong bond. You have also now set a great example for all of us to follow with your volunteerism after your retirement. It sounds as though you gave of your time freely to help others and never wanted to take credit for it. Only now I am hearing many of these stories. Take care Joe but this is not goodbye, but rather till we meet again. Thank you Annan (brother) for everything. Love you, bro (how you would often end your texts). 😊 Your thambi (younger brother), Frank
Comment Share
Share via:
HT

Posted Jun 07, 2020 at 10:56am
I have lost my best friend, my husband. It feels like the most precious part of me is torn away from me. At the same time, I feel him close to me in my heart. He was still, for a week knowing Who (He) is God!!! Then he was walking with Jesus on a long journey asking Him questions and telling Him stories. Those are Heaven's alleys he is walking to see God face to face. I am praying for the Holy Spirit to fill him completely to be at peace, watching over us.
Comment Share
Share via:

Posted Jun 06, 2020 at 07:30pm
Extremely saddened to hear of the unexpected passing of Joe Thomas. He was one of my favourite clients always encouraging me to follow my heart and travel the world! He was an amazing man full of so much love, knowledge and excitement. He will be greatly missed but always remembered for his big smile and infectious energy.

Sending all my love and support during these difficult times. 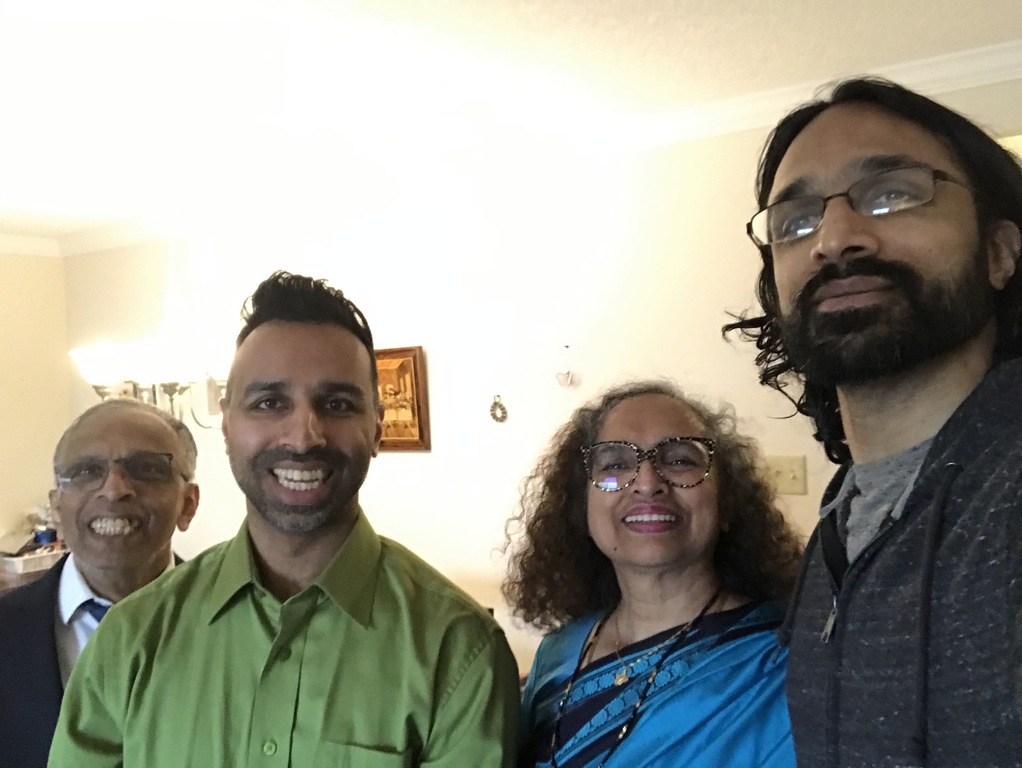 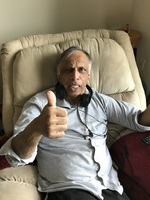 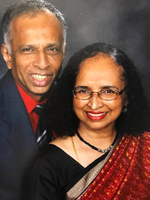 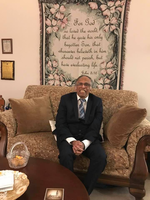 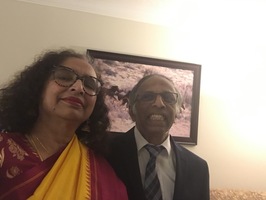