To share your memory on the wall of John "Sam" Leslie, sign in using one of the following options:

Provide comfort for the family of John "Sam" Leslie with a meaningful gesture of sympathy.

Passed away at his home, on November 6, 2019, at the age of 87. He will be deeply missed by his wife Catherine (Nee Templeton), children Douglas (Sue), Philip (Debra), Mark (Sherry), Brian (Jodie), grandchildr... Read More
Leslie, John "Sam" Douglas

Passed away at his home, on November 6, 2019, at the age of 87. He will be deeply missed by his wife Catherine (Nee Templeton), children Douglas (Sue), Philip (Debra), Mark (Sherry), Brian (Jodie), grandchildren Kristy, Jason, Diana, Dillan, Cassandra, Vanessa, Tyler, Justin, and Sterling, great grandchildren Jadin, Benjamin, Alexa, Madison, Aidan, Owen, Charlie, Brooklyn, Logan and Emma, as well as his brother Stewart (Mary). Sam was predeceased by his granddaughter Charlotte in 2010. Sam was a 50 + year member of the Branch #60 Legion in Burlington, Served in the Royal Canadian Air Force and worked for many years at Proctor and Gamble.
A Memorial Gathering will take place at SMITH'S FUNERAL HOME, 1167 Guelph Line (one stop light north of QEW), BURLINGTON (905-632-3333), on Saturday November 23, 2019 from 4 pm until 7 pm. For those who wish, donations in memory of Sam to the Alzheimer's Society of Ontario would be sincerely appreciated by the family.
Read Less

We encourage you to share your most beloved memories of John "Sam" here, so that the family and other loved ones can always see it. You can upload cherished photographs, or share your favorite stories, and can even comment on those shared by others.

Posted Nov 14, 2019 at 10:29am
Dear Doug and Sue. Please accept our deepest condolences on the passing on of your Loving Dad.
You and your family are in our thoughts and prayers during this difficult time of sadness and grief.

Posted Nov 14, 2019 at 10:29am
Dear Doug and Sue. Please accept our deepest condolences on the passing on of your Loving Dad.
You and your family are in our thoughts and prayers during this difficult time of sadness and grief.

Posted Nov 11, 2019 at 09:40am
Our deepest condolences to the Leslie family
Colleen and her team at Mount Royal IDA Pharmacy
He will be missed coming into the store
Comment Share
Share via:
JP

Posted Nov 09, 2019 at 10:28am
I met John a few times and he was a very friendly and warm person. My thoughts are with all. Debbie and Phil I am sure Charlotte is with her 2 Grandpa's now. Love to you both. The Peña-Carranza family XO
Comment Share
Share via: 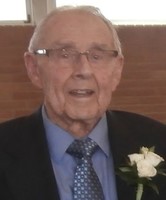 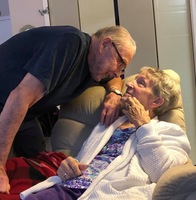 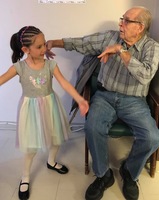