To share your memory on the wall of John Leach, sign in using one of the following options:

Provide comfort for the family of John Leach with a meaningful gesture of sympathy.

Print
On Saturday, September 7, 2019, Sgt John Leach, loving husband, father, grandpa, and friend to all, passed away at the age of 72.

A proud man! John was born on August 29, 1947, in Toronto, Canada. He grew up all over the globe including Barbados, Trinidad, England, and Canada. Married the love of his life Patricia Leach (nee McCusker) on March 21, 1970, in London England. They made the big Move to Canada in 1974 and lived an amazing life!

Loved by his 3 children and their partners; Christine (Michael) Quinn, Sandra Leach (Jason Padgett), and John Leach Jr. (Yvonne). Adored by his 3 grandchildren Kora Patricia Leach, Lukas John Leach and Jane Monroe Leach. He will be sadly missed by his 2 sisters Susie (late Lew) Gilvear and Johanna (Bob) Harris, his 2 brothers in law Terry (Marilyn) McCusker and David McCusker, and lifelong friends Janet and Derek. Equally adored by all his nieces and nephews, Catherine, Nicole, James, Lee, Kellie, Scott, and Luke, Our Village, THE TPD family and all that knew and loved him.

Posted Sep 12, 2019 at 09:28am
I am heartbroken to learn of John’s passing. An amazing man! Every time I think of my beginnings as a police officer, I include a story or two of him. He made such an impact on my career. I hope the family doesn’t mind me sharing a picture of him and Pat at my wedding. Love Mary Posted Sep 11, 2019 at 09:07am
It is with sadness that David and I learned of Johns passing.
Our thoughts and love go out to the Leach family in this time of sorrow.
My best memory of John was seeing him coaching the girls soccer team in Burlungton.
Always so positive and caring.
Rest in peace John you contributed so much to so many peoples lives.
The Jack and Shouldis family.
Comment Share
Share via:
B

Posted Sep 10, 2019 at 03:32pm
I have known John since his early days in policing in Toronto. I found him to be a jovial guy who was a pleasure to know and made a positive contribution to the esprit de Corp of all he supervised.
I am overseas on vacation and regret I am unable to attend funeral service. Sincere condolences to family and close friends. May he Rest In Peace.
Comment Share
Share via:
DH

Posted Sep 10, 2019 at 01:23pm
Fond memories of you John, we worked together and roomed next door to each other in the sixties. Coppering in SE London was never the same when you left, nor was the section house when you dropped a bottle of whiskey in the corridor one Christmas. Always kept in touch and so pleased to have seen you and Pat earlier this year. Rest in peace John, you have left many friends behind. Dennis Holliday
Comment Share
Share via: 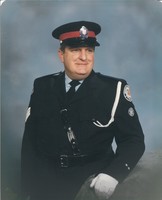 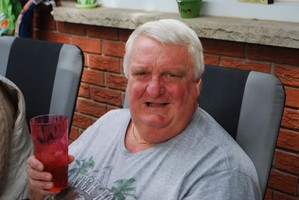 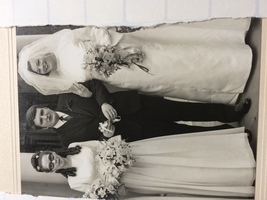