To share your memory on the wall of Joan Cox, sign in using one of the following options:

Joan was predeceased by Doug, her husband of sixty years. After Doug’s death, she was fortunate to meet Ray Sams who has been her constant and dev... Read More
Joan Cox (nee Prince) died in Burlington, Ontario September 8 , 2020 at the age of 98.

Joan was predeceased by Doug, her husband of sixty years. After Doug’s death, she was fortunate to meet Ray Sams who has been her constant and devoted companion.

Joan was the youngest of a big family; her parents, apparently, ran out of ideas for names so she had just one. As a war bride and released from her service in the RAF, she left her family behind in England and courageously came to Canada after V.E. Day. Joan grew up in Brighton, Sussex, but arriving in Gesto, Essex, Ontario , she lived on a farm with a mother-in-law whom she had never met. Fortunately, Doug was discharged from the RCAF soon after and they were reunited.

Home was Essex, Oxtongue Lake,(where she was postmaster for a year) Hamilton, Waterloo and, finally, Burlington as the family followed Doug’s business interests.

Many happy summers were spent in a trailer at Ruth Lake, near Powassan.

Thanks to the staff and volunteers at Tansley Woods Long Term Care Home for the patience and daily effort demonstrated.

A private observance will be held at a later date.
Read Less

Receive notifications about information and event scheduling for Joan

We encourage you to share your most beloved memories of Joan here, so that the family and other loved ones can always see it. You can upload cherished photographs, or share your favorite stories, and can even comment on those shared by others.

Posted Sep 13, 2020 at 09:15am
Very Good memories of Joanie back in the 60's when the family moved to Waterloo and lived behind us in Old Westmount and I became best friends with her son Rick. Joan was like a second mom to me! We spent a lot of time doing goofy things which often got us in trouble and yet she always seemed to be able to forgive us as we worked our way through our terrible teen years and beyond. Joan and Doug often invited me along camping with the family to Southampton where she taught me it was not cool to lick my knife after applying peanut butter/jam to my toast. Thanks for helping to raise me Joan! Tom Litwiller Waterloo Ontario
Comment Share
Share via: 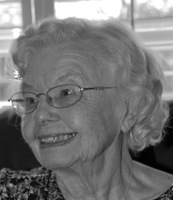