To share your memory on the wall of Jerry Ponikvar, sign in using one of the following options:

Jerry was born in Timmins, Ontario to Lucija and Jernej Ponikvar. After graduating from O'Gorman High School, Jerry graduated from North Bay Teacher's College and began a prolific career that spanned 50 years in Catholic Education. This included roles as a teacher and Principal at the Sault Ste. Marie Catholic School Board (1958-1967), Professor at the Hamilton Teacher's College (1967-1978), Superintendent of Education at the Toronto Catholic District School Board (1978-1990), and Director of Education of the Hamilton Wentworth Catholic District School Board (1990-1995). Upon retirement, Jerry continued to be active in education, working as a faculty member at the Brock University Faculty of Education as well as with the EQAO, where he served as vice chairman. Jerry also found time to promote his Slovenian heritage, serving the Hamilton St. Joseph's Society as well as the Slovenian Congress.

Jerry will be greatly missed by his loving and dedicated wife of 56 years, Lillian, and his four children Ed (Sandra), Tony (Gabriella), Jerry "Mitch" (Julie), and Marnie Jennings (Brian) and 13 grandchildren (Nicholas, Philip, Willem, Cokie, Angela, Erik, Christopher, Matthew, Charlie, Jack, Laura, Sara, and Luke). Jerry is also survived by his sister, Mary DeSanti, and brother Fred (Marisela) as well as many nieces and nephews. He is predeceased by his brother John (Maria) and brother-in-law Tony DeSanti.

Jerry's life was rooted in his faith and family. As a devout Catholic, he made every effort to start each day with morning mass. Jerry was a superfan to his 13 grandchildren, making incredible efforts to cheer and support them. Before his health began to deteriorate, his voice resonated in all sporting venues and as his health failed, he continued, with the help of his wife to attend as many of their sporting events as possible.

We would like to recognize the incredible support of ALS Canada. In lieu of flowers, donations can be made to the ALS Society of Canada.
Read Less

Receive notifications about information and event scheduling for Jerry

Donations are being accepted for: ALS Canada.

We encourage you to share your most beloved memories of Jerry here, so that the family and other loved ones can always see it. You can upload cherished photographs, or share your favorite stories, and can even comment on those shared by others.

Posted Feb 21, 2020 at 12:24pm
Dear Lillian and family,
I was saddened to hear, recently, of Jerry's passing. We have lost a gentleman and a gentle man and it was an honour and privilege to teach along side him at the Teachers' College.
I admired his professionalism, his dedication to his students, his support for fellow staff but most of all his determination to master the intricacies of golf which eluded us both.
Please accept my sincere condolences.
I wish you peace that brings comfort, courage to face the trying days ahead and loving memories to hold in your hearts.
Steve Zerebny
Comment Share
Share via:
DP

Posted Feb 19, 2020 at 10:28pm
It was a pleasure working alongside Jerry when I was hired at Brock University in 2005. We worked as cohort leaders and along with Tom Patti, Jerry coined us the three P’s. I miss those beginning years of my tenureship as an assistant professor. Thank you Jerry for your rigour and passion for education and for the stories you always shared. RIP
Comment Share
Share via:
DD

Posted Feb 19, 2020 at 09:49am
We send our sincerest condolences on the passing of Jerry. We met him through the tamburica music group, Lado. He was always a gentleman and very welcoming to us. His faith and his intellect always shone through the words he spoke and the way he treated us. It was always a pleasure being engaged in a friendly, down-to-earth conversation with Jerry and his kindness was much appreciated. May he rest in peace with God in heaven. May beautiful memories keep your hearts strong and thankful. Dana and Ivan Domsic
Comment Share
Share via:
CM

Posted Feb 18, 2020 at 10:07pm
I am so sorry for your loss. I will remember Jerry as a fun loving and kind neighbour. He notarized my first passport to a lifetime of amazing travel experiences.
Comment Share
Share via:
SH

Posted Feb 18, 2020 at 06:08pm
Tony and the Ponikvar family,
Sincere condolences to you on hearing of your father’s passing. May the many wonderful memories of him comfort you through the difficult days ahead. I can still hear him yelling in the Central arena stands when we won Minor Hockey Day!!
Take care
Scott and Jordan Hayes
Comment Share
Share via: 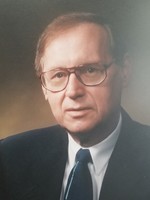 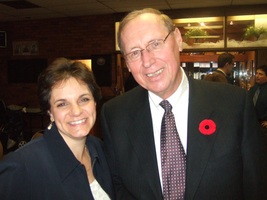 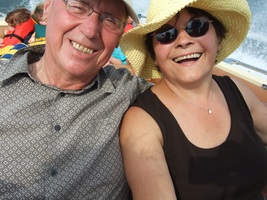 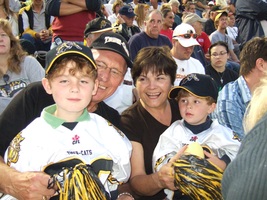