To share your memory on the wall of Jacques Grougrou, sign in using one of the following options:

Passed away on Wednesday, January 15, 2020 at Joseph Brant Hospital, Burlington. Dear husband of the late Eleanor (nee Nicholls). Loving father of Andy (Kristin) and Gary (Sheila). Cherished grandfather of Andre, Abigail, Richard and Peter. Survived by brothers in law, sisters in law, nephews and nieces in Canada and family in France. Born in Hanoi (former French Indochina). Jacques completed his pre-university in Paris (France) and graduated from the University of Georgia (USA). He came to Canada in 1955 and joined Imperial Oil Limited (ESSO) from which he retired in 1987. Jacques was a member of the Probus Club of Burlington and long-time avid golf member at Lowville Golf and Country club. Special thanks to the Staff at Tansley Woods & the Doctors, Nurses and team at Joseph Brant Hospital.
Visitation will be held at Smith’s Funeral Home, 1167 Gulph Line, Burlington, Ontario, on Thursday, January 23 from 3 – 5 p.m. and 7 – 9 p.m. A Funeral Service will be held at the funeral home on Friday January 24 at 10:30 a.m. Reception to follow at the funeral home. Burial at Burlington Memorial Gardens, 3353 Guelph Line, Burlington, Ontario. If desired, in lieu of flowers, donations to The Canadian Cancer Society, Joseph Brant Hospital or the Salvation Army would be appreciated.
Read Less

Receive notifications about information and event scheduling for Jacques

We encourage you to share your most beloved memories of Jacques here, so that the family and other loved ones can always see it. You can upload cherished photographs, or share your favorite stories, and can even comment on those shared by others.

Posted Jan 25, 2020 at 07:08am
We were saddened to hear of your father passing away. Our sincere sympathies during this difficult time. We are thinking of you and your family.
Comment Share
Share via:
HS

Flowers were purchased for the family of Jacques Grougrou.

Posted Jan 21, 2020 at 06:43pm
Our warmest condolences. Uncle Jacques will remain in our hearts forever.

Posted Jan 21, 2020 at 04:07pm
What a wonderful man Mr. Grougrou was. He was an absolute delight every time he came into the dental office. I am so sorry for your loss. Hopefully Eleanor was waiting for him.
Comment Share
Share via:
HS

Flowers were purchased for the family of Jacques Grougrou. 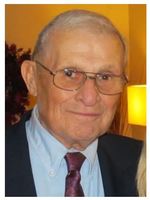 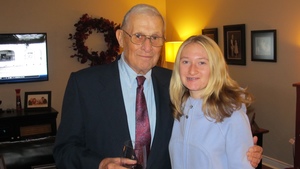 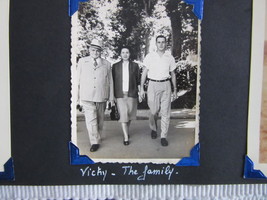 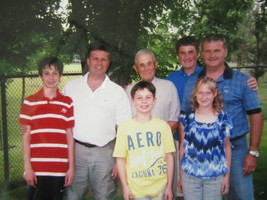