To share your memory on the wall of Ian Grant, sign in using one of the following options:

The family of Ian William York Grant are saddened by his passing on Thursday July 9, 2020 at the age of 89 yrs old. He suffered the last few years with Alzheimer's and succumbed to the disease. Ian is well known in the soccer community, particularly for his efforts in organizing and coaching women's soccer in Burlington. He is survived by his longtime partner Debbie Patterson, his children Kevin Grant (Lynne), Carole Burnham (Don) and Laurie Soder (Rick); his six grandchildren, Paul, Brian (Amy), Scott (Kim), Katie (Jarin), Kristie (Cameron) and Austin (Michelle), and his great-grandchildren Mia and Joelle. The family wish to thank the Long Term Care staff at Billings Court Manor for all their work and support in making Ian as comfortable as possible these last few years. Due to Covid, and Ian's wishes, there will be no ceremony. He asks that you hold dear the memories of the "good old times" with him. Donations in his honour can be made to the Alzheimer's Society or the Heart and Stroke Foundation.
Ian Grant. . . the man. . .the myth. . .the legend.
Read Less

Receive notifications about information and event scheduling for Ian

We encourage you to share your most beloved memories of Ian here, so that the family and other loved ones can always see it. You can upload cherished photographs, or share your favorite stories, and can even comment on those shared by others.

Posted Jul 13, 2020 at 11:43am
On behalf of the staff and volunteers of The Burlington Performing Arts Centre, we are deeply saddened by the loss of one of our former volunteers. Our sincere condolences to the family.
Comment Share
Share via:
MB

Posted Jul 10, 2020 at 10:26pm
I am saddened to hear this awful news. My sincere condolences to Kevin, Carole, Laurie, and their families. Ian was a wonderful, warm-hearted man who always made me feel welcome in his home. His awful burden has been lifted and he will never be forgotten!
Comment Share
Share via:
MC

Posted Jul 10, 2020 at 10:15pm
To Kevin and his sisters and all the family. It has been a long andbpleasant memory of your family and father i have had the pleasure of sharing and being a part of. I will remember Ian fondly and the world just got a smaller place without him and his smile.
Bernard and Lynne Newman and boys
Comment Share
Share via: 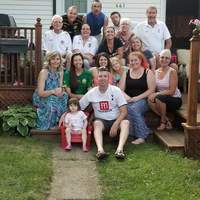 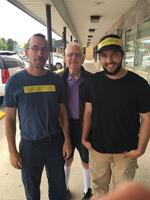 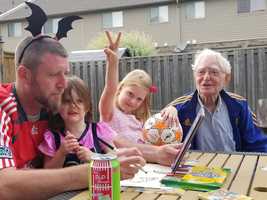 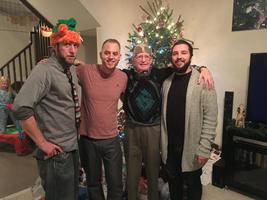