To share your memory on the wall of Gerard Dykman, sign in using one of the following options:

Passed away at Joseph Brant Hospital on July 22, 2019 at the age of 91. He is survived by his children, Christopher (Angela), Marsha (Christopher), Gerard (Heather), Nancy, and Michael, grandchildren Sheryl, Andrew,... Read More
Dykman, Gerard Joseph

Passed away at Joseph Brant Hospital on July 22, 2019 at the age of 91. He is survived by his children, Christopher (Angela), Marsha (Christopher), Gerard (Heather), Nancy, and Michael, grandchildren Sheryl, Andrew, Edward, Arthur, Harold, David, Paul, James, Gregory and Athena, and Great Grandchildren Catherine, Julia, Christina, Vanessa and Ethan, and sister Ada Morton. He was predeceased by his wife, Veronica (Nee Cummings), and his siblings Peter Dijkman and Tini Dijkman. Gerard's career was as an Engineer with the City of Hamilton, and the Regional Municipality of Hamilton - Wentworth Waterworks Department. Gerard was an avid bridge player and was involved with the Holy Rosary Seniors and the Burlington Seniors Centre. A Memorial Gathering will take place at SMITH'S FUNERAL HOME, 485 Brant Street, (one block north of City Hall), BURLINGTON (905-632-3333), on Monday July 29, 2019 from 4:00 p.m. until 7:00 p.m. A Private family interment will take place at Gate of Heaven Cemetery. For those who wish, donations in memory of Gerard to the Canadian Cancer Society or the Good Shepherd Center- Hamilton would be sincerely appreciated by the family.
Read Less

Receive notifications about information and event scheduling for Gerard

We encourage you to share your most beloved memories of Gerard here, so that the family and other loved ones can always see it. You can upload cherished photographs, or share your favorite stories, and can even comment on those shared by others. 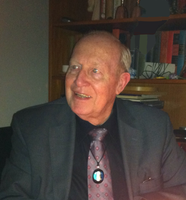 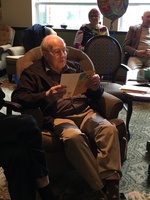