To share your memory on the wall of Dorothy Hartley, sign in using one of the following options:

Passed away peacefully at Alexander Place in Waterdown on Monday, December 2, 2019 in her 100th year. Predeceased by her son David (1994); her husband Joseph (2001); and her son in law Bill (2004). Left to mourn are her daughter Carolynn (Jim); son Dean (Diane); daughter in law Sharon; and grandchildren Trevor, Michael, Rebecca and Jen. Her three great grandchildren, Elliott, Olivia and Anthea, brought her much joy in the time she had with them. Dorothy will be deeply missed and fondly remembered by many extended family members and friends. The family would like to thank the staff at Alexander Place and Heritage Place for their exceptional care and compassion during Dorothy’s time with them. In keeping with Dorothy’s wishes, Cremation has taken place. A Service of Remembrance will be held at SMITH’S FUNERAL HOME, 1167 Guelph Line (one stoplight north of QEW), BURLINGTON (905-632-3333), on Tuesday, December 17, 2019 at 1 p.m. followed by a reception. Private interment will be held at a later date. In lieu of flowers, donations made to the Heart and Stroke Foundation would be greatly appreciated.
Read Less

Receive notifications about information and event scheduling for Dorothy

We encourage you to share your most beloved memories of Dorothy here, so that the family and other loved ones can always see it. You can upload cherished photographs, or share your favorite stories, and can even comment on those shared by others.

Posted Dec 05, 2019 at 03:50pm
On behalf of Glenna, Betty and Linda Hume we send our condolences to the Hartley family and friends. Fond memories of our days on the farm remind me of mom's month-watering cherry pies baked with cherries from the Hartley farm. Bell School was another place our families had in common. Mrs. Hartley was always a welcoming family friend. Now, new memories are made with taking our grandchildren to Springhill Farms but never forgetting "the good old days" and the prominent family home that sat at the entrance!
Comment Share
Share via: 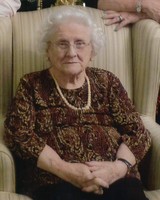 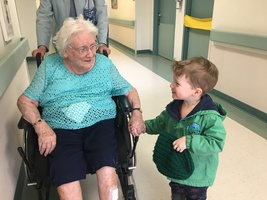 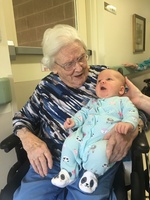