To share your memory on the wall of Donna Cotterill, sign in using one of the following options:

Provide comfort for the family of Donna Cotterill with a meaningful gesture of sympathy.

It is with heavy hearts the family announces the sudden and unexpected passing of Donna on Saturday, January 18, 2020 at the age of 59. Predeceased by her husband and the love of her lif... Read More
Cotterill, Donna Maureen (nee Lymburner (Janzen))

It is with heavy hearts the family announces the sudden and unexpected passing of Donna on Saturday, January 18, 2020 at the age of 59. Predeceased by her husband and the love of her life, Stuart Cotterill (2016). Loved sister of Doug Lymburner (Peggy Stieva), MaryJane Glassco (Don) and Barbara Reeves (Rick). Predeceased by her parents Lionel (1993) and Doris (1977) Lymburner. Special Sister-in-law of Rhynda Bulson (Tony) and Aunt of Robert Bulson (Karen) and Sarina Ghent (Ian). Cherished Aunt of Ashley Brown (Scott), Amanda and Douglas Lymburner; Dustin, Melissa and Nicholas Glassco; Austin and Lauren Reeves. Cherished Great Aunt of Carter and Harvey Brown; Aidan, Malcolm, Bronwyn and Gwenyth Glassco; Ryan and Henry Bulson; Vivian and Greyson Ghent. Donna will be deeply missed by her work family, many friends and all who knew her. Cremation has taken place. Visitation at STONEHOUSE-WHITCOMB FUNERAL HOME, 11 Mountain Street, GRIMSBY (905-945-2755) on Friday, February 7, 2020 from 3-5 and 7-9 p.m. A Funeral Service will be held at St. Andrew's Anglican Church, 156 Main Street West, Grimsby on Saturday, February 8, 2020 at 11:00 a.m followed by a luncheon in the church hall. Private family interment will be held at a later date. If desired, memorial contributions to the Heart and Stroke Foundation would be sincerely appreciated by the family.
Read Less

We encourage you to share your most beloved memories of Donna here, so that the family and other loved ones can always see it. You can upload cherished photographs, or share your favorite stories, and can even comment on those shared by others.

Posted Feb 06, 2020 at 09:04pm
Donna, we bought in August of 2003, and became back yard friends. We were told, a young lady has moved in behind you but "I think she has a boyfriend" We did finally meet Stu. Wonderful person. So helpful to us new neighbors from Toronto. Most of our conversations were over the back yard fence. Then in 2016 you lost Stu and 3 months later I lost my daughter (48). We bonded and started spending more time together. I loved our shopping and lunches together. You always picked me up. Always offering to take me to appts and help when I needed it. I remember one day I was attempting to weed. Next thing I knew you came in my back yard with shovel and garden tool box to help. Thanksgiving you came in and met all my family. They remember that. You were always so kind and loved life. Helpful in very way. I miss you so much. I stand on my back deck and look over to your swimming pool and ask "WHY" Love Sandy Williams
Comment Share
Share via:

Posted Feb 06, 2020 at 02:26pm
Lots of fun with the girls! Lots of memories! I can see you rubbing your palms together in excitement. Posted Jan 29, 2020 at 06:30pm
Doug, thinking of you and your family.
I met your sister walking her dog years ago. She was so kind and we always would have a short chat!!
please take care. kelly prentice
Comment Share
Share via:
RM

Posted Jan 29, 2020 at 02:48pm
Dear Barb and family,
I can only imagine the depth of your sadness at losing Donna so suddenly. I pray that your memories of Donna ease you through this time.
I first got to know Donna as a work colleague in 1997 but that relationship quickly grew into a sure and deep friendship. I can’t fathom not being able to meet Donna for lunch at the William’s Cafe on the harbour front. She had a wonderful sense of humour and the softest and most caring heart of anyone I know. In our conversations, it was apparent that for Donna, her family was foremost .
With deepest sympathy,
Rita Murnaghan
Comment Share
Share via:
JM

Posted Jan 25, 2020 at 09:47pm
I met Donna at work and we became fast friends. She was such a kind , generous and thoughtful person. I am shocked and so sad to hear of her passing. My thoughts and prayers are with her family. She was a very special lady.
Comment Share
Share via: 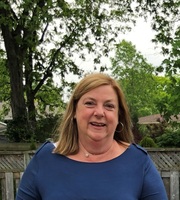 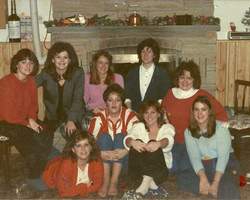 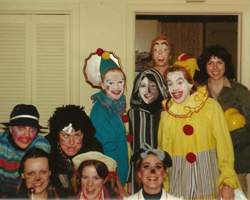 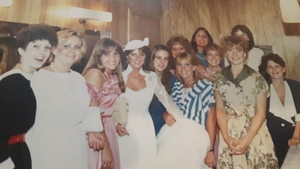