To share your memory on the wall of Donald Ramey , sign in using one of the following options:

Provide comfort for the family of Donald Ramey with a meaningful gesture of sympathy.

Passed away at Joseph Brant Hospital, on August 24, 2019, at the age of 85. He will be dearly missed by his loving wife, Audrey and his son Ronald (Lori), grandchildren Michael and Richard (Danielle) and grandchildr... Read More
Ramey, Donald Charles

Passed away at Joseph Brant Hospital, on August 24, 2019, at the age of 85. He will be dearly missed by his loving wife, Audrey and his son Ronald (Lori), grandchildren Michael and Richard (Danielle) and grandchildren Xavier, Audrey and Jackson. Donald is predeceased by his two sons, Kenneth and David. Visitation at SMITH'S FUNERAL HOME, 1167 Guelph Line (one stop light north of QEW), BURLINGTON (905-632-3333), on Thursday August 29, 2019 from 4 p.m. until 7 p.m. with Vigil Prayers taking place at 6:30 p.m. A Funeral Service will be held in the Funeral Home Chapel on Friday August 30, 2019 at 10:30 a.m. Interment at Holy Sepulchre Cemetery directly following the funeral. A reception will follow the burial at the Funeral Home. For those who wish, donations in memory of Donald to the Canadian War Amps or Mission Services would be sincerely appreciated by the family.
Read Less

We encourage you to share your most beloved memories of Donald here, so that the family and other loved ones can always see it. You can upload cherished photographs, or share your favorite stories, and can even comment on those shared by others.

Posted Aug 27, 2019 at 03:33am
My Heart & prayers are with you Ron, Laurie, Audrey ( Ma) & family. May you cherish the sweet memories & his joking laugh of Don ( Dad) & know he lives on in all our hearts. Close your eyes & think of him & he will be there Always.
Hugs & Healing to all xxoo Cheryl Baxter & Brandon
Comment Share
Share via:
CM 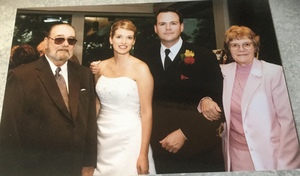 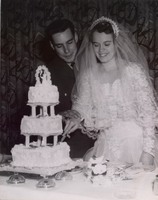