To share your memory on the wall of Carol McNutt, sign in using one of the following options:

Provide comfort for the family of Carol McNutt with a meaningful gesture of sympathy.


Visitation at SMITH'S FUNERAL HOME, 1167 Guelph Line (one stop light north of QEW), BURLINGTON (905-632-3333), on Friday, September 20 from 12 p.m. where a funeral is set to be held in the Chapel at 1 p.m. Reception to follow. For those who wish, donations in memory of Carol to the Canadian Lung Association and Burlington Animal Aid would be sincerely appreciated by the family.
Read Less

We encourage you to share your most beloved memories of Carol here, so that the family and other loved ones can always see it. You can upload cherished photographs, or share your favorite stories, and can even comment on those shared by others.

Posted Sep 21, 2019 at 11:55am
What a wonderful lady. I enjoyed all our times together when we were both involved in guiding and brownies. No matter what life brought her way Carol always had a smile. We never did get that chat over coffee. Love the way her family was always there for her as she was for them. I know she will be missed. Her life has been an inspiration.

Posted Sep 20, 2019 at 11:18am
My condolences to all the family. I remember living at Georgian Court Estates many years ago and all the fun shared when our children were so little - Andrew had just been born and Jennifer and Trish were similar ages to my two. Happy memories.
Comment Share
Share via:
JM

Posted Sep 20, 2019 at 10:09am
My condolences as you grieve.
Don't let go of your precious memories. They'll get you through this difficult time.
I know words can't take away the hurt you're feeling, but I want you to know how much I care. Sending you love and strength in this time of loss.
Comment Share
Share via:

Posted Sep 19, 2019 at 08:42am
My family growing up were blessed to share MANY fun family times with Carol and entire family in Muskoka, ones we still treasure and talk about today. Carol you will always have a special place in our hearts and be remembered fondly. RIP cousin, we love you xo. To Jennifer, Trish, Andrew and Jon you all have our deepest condolences xo
Comment Share
Share via:
CG 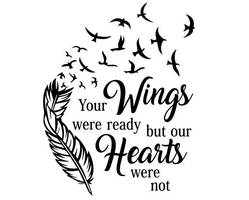 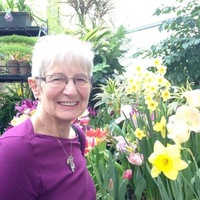