To share your memory on the wall of Beverley Gushie, sign in using one of the following options:

Print
A letter to my family and friends…..


They asked me if I wished to put in a blurb in our local newspaper for my mothers obituary. They wanted $350 to print a name and birthdate and death. To me thats not money spent wisely so r... Read More
A letter to my family and friends…..

Many years ago, I was traveling through Pennsylvania with a friend who had experienced several childhood traumas. She had built an impenetrable wall around herself - never allowing her pain to show and never acknowledging any weakness. I suppose it was her way of feeling safe even though the strategy only added to her sorrow.

It was wintertime when we made our trip and a snowstorm had blown across the state a few days earlier. The plows had created huge snow banks on either side of the highway which made us feel like we were driving through a tunnel with no exits. I was in the passenger seat and my friend was driving. As the car began warming up, she decided to slip her arms out of her winter coat with one hand on the steering wheel. I didn’t think it was a good idea because we were zipping down the interstate at 70 mph. I remember saying, “I wouldn’t do that...” - just as my friend lost control of her car.

The little Honda Civic began careening toward the snow bank on the left side of the highway so my friend yanked the steering wheel too sharply to the right without braking. Predictably, the car raced towards the snow bank on the opposite side of the road. This craziness repeated itself over and over. The car zoomed to the left, then zoomed to the right, then zoomed to the left again and the other vehicles on the highway decided to give my companion all the room she needed. It’s a scary thing to be sitting in an out-of-control car - especially when the driver has forgotten about the brakes. Finally, my friend let go of the steering wheel, threw her hands in the air and said, “It’s not working! It’s not working!”

The car careened one last time across the highway and slammed into the right snow bank, spun around until it was facing oncoming traffic, flipped onto its side and then slowly fell back on its wheels. There was a brief moment of silence as we realized we were both going to live and then I asked, “Would you like me to drive now?” For the next five hours I drove a car that worked perfectly despite the dents on the roof, hood, sides and back. Basically, every body panel on that Civic had a snow bank pushed into it but ...the engine and brakes were working fine.

Sometimes we make mistakes and our lives spin out of control. By the time we think to put on the brakes, it’s often too late. But after it’s over and the damage is done, we have an opportunity to reflect on what happened. An emotionally intelligent person will do that. A deeply wounded person often won’t.

I felt sorry for my friend. She had been through hell as a child and as a result, had a terribly fragile sense of self. It always seemed impossible for her to face her pain, her inadequacies or her failures. When she screamed, “It’s not working! It’s not working!” she was blaming the car for her own inexperience and this was the way she conducted all of her affairs. It’s been many years since I’ve seen her. The last time we spoke, she was deflecting attention away from her mistakes and hurting anyone who asked her to be real.

I have great respect for people who have made a mistake and afterwards, demonstrated the kind of courage and humility that asks, “Why did I do this? What do I need to learn? Asking such questions is like a leap of faith. The more wounded we are, the greater the leap and the greater the need for courage.

But what if someone is in so much pain or is so frightened by difficult truths that self-examination (and healing) seem impossible? Could love make courage possible? After all, inadequacies and weaknesses aren’t the only things that define a wounded person. Being lovable doesn’t require perfection. When we are loved, it’s not because we are perfect. It’s because we have been created for intimacy ...and there’s this thing called ‘grace.’

Grace is offered to us because we are more than a jumble of imperfections. There is something precious and priceless about us despite our flaws. Some people have a difficult time believing this but I’m convinced that if any of us is put under enough pressure, we will break. No one is invincible. Every one of us fails and everyone of us needs grace.

Forgiving ourselves, loving ourselves, understanding ourselves - these are things that happen when we begin to plumb the depths of God’s grace. It takes courage to examine our weaknesses but if our examination is accompanied by an understanding of the deep love that God has for us, it becomes a liberating exercise because it leads us to the realization that grace isn’t passive. We are adored by One who pursues us like a lover and offers us redemption.

One of my friends recently posted the following message:

Receive notifications about information and event scheduling for Beverley

Print
Mom didn’t want a funeral or any form of gathering to celebrate her life. For anyone who knew my mother please remember the moments that were spent laughing or enjoying some of the things she loved such as gardening and flower planting, baking, real estate, long drives , Florida,picnics,Kit Kat bars, ice cream ,watching the swans at lasalle or Stratford ,Pringle chip munching, Cheerios , bluejay baseball and Toronto maple leaf hockey, garage sales,knitted socks,buying things for everyone else and Swiss chalet dinners with McDonald’s breakfasts! With love from your only daughter , Patricia Lynn xo

We encourage you to share your most beloved memories of Beverley here, so that the family and other loved ones can always see it. You can upload cherished photographs, or share your favorite stories, and can even comment on those shared by others. 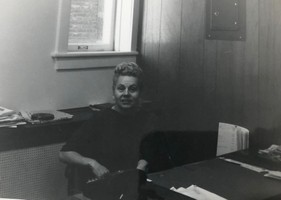 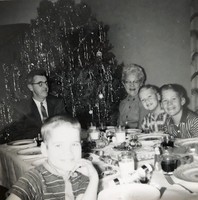 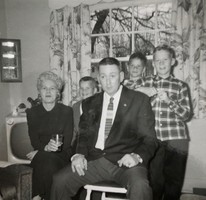