To share your memory on the wall of Allan Coombe, sign in using one of the following options:

It is with tremendous sorrow that the family of Allan (Al) Coombe announces his sudden passing on Sunday June 7th, 2020 at the age of 90.

It is with tremendous sorrow that the family of Allan (Al) Coombe announces his sudden passing on Sunday June 7th, 2020 at the age of 90.

Al was born in Toronto, eventually settling with his parents Connie and Wally in Alderwood. There, with his 2 older sisters, Shirley and Barbara (Babs) and younger brother Ross they had the best house in the neighbourhood. There was always music and fun happening behind the picture window on Woodbury Ave. Al bumped into one of the kids from the old neighbourhood 20 years ago, who said that everyone wished that they could live at the Coombe’s house.

The Coombe’s were gifted with a strong work ethic. Everyone was working outside the home by the age of 16. Al first worked at a printing press, printing law books, he was found to be a hard worker, quickly being promoted to supervisor, alas, factory work wasn’t something he wanted to do. He took a pay cut and tried his hand at sales. This will sound funny, to those that know him now, but he was a very shy young man, and a career in sales was a huge leap. He was keen to learn and obviously found his niche.

Eventually he moved on to Frigidaire Appliance sales, in the 50s it was part of the GM brand and right next door to the Appliance Store was Bruce MacDougall Motors, a Chevrolet dealer in Port Credit.

We all know where that led, but you may not know that the pretty girl in the accounting department, Marilyn Hutchings, would become his one and only love, no kidding he said those words to me about a week ago.

In 1963 he and his little family moved to Burlington, working first at J. Holland Motors which became Holland Chevrolet and then he became Dealer Principal at the new Burlington Toyota in 1971. For a few years in the late 70s early 80s BTI was Canada’s #1 Dealer. At that time, Al and Marilyn toured the world for automotive conventions, from Japan to Austria, England/Scotland, Thailand… on and on.

Al really enjoyed people and took particular pride in his staff, Linda and Len Jones are nearly family, and when taking the cars for service since he retired, he still loved to visit with the “old” gang.

Al retired in 1989, just before his 60th Birthday, and turned his attention to his 3 loves, his children and grandchildren….and Golf.

Karen and Scott with their loves Steve and Anne, created families with the same values their parents demonstrated, with lots of love and fun and activity. The kids all learned to swim in Grampa’s pool, usually before they could talk. Marilyn and Al would always be in attendance at their games, performances and competitions. The girls, Alex, Taylor, Mackenzie and Spencer were dancers, and ice skaters, all 4 were soccer players and Spencer played Varsity football. Al was instrumental in getting Will on the ice, he taught Will to skate (at the age of 3) and play Canada’s game. All the kids play at Golf, but Al couldn’t have been prouder to have Will join BGCC and share the love of golf with him. I’m sure anyone who met Al knew how proud he was of his devoted Grandchildren.

Then there was golf. Al belonged to BGCC for 43 years. He shot a game of 82 and 85 two years ago at the age of 88… got 2 holes in one and won Men’s B flight in 1987! On Friday June 5th he played his last round with his dear friends Joe, Jack and Carl. He fell ill that evening and passed on Sunday.

At his recent 90th Birthday celebration he quoted Lou Gehrig, “today I consider myself the luckiest man on the face of the earth”.

Dad often expressed how fortunate he was, fortunate to have had so much, a career filled with surprising success, loving friendships that endured and a family he adored as they did him.

In keeping with Al’s wishes, Cremation has taken place. A Celebration of life will take place at the Burlington Golf and Country Club from 1-4pm on Sunday October 4th, 2020. As an expression of sympathy, donations made to the Joseph Brant Hospital Foundation would be greatly appreciated.


He never met a man he didn’t like……true!
Read Less

Receive notifications about information and event scheduling for Allan

Donations are being accepted for: Joseph Brant Hospital Foundation.

We encourage you to share your most beloved memories of Allan here, so that the family and other loved ones can always see it. You can upload cherished photographs, or share your favorite stories, and can even comment on those shared by others.

Posted Jun 22, 2020 at 04:21pm
Dear Marilyn, Karen, Scott and family,
Although we Tawton's are also deeply saddened by Uncle Al's sudden departure, for myself, I will take solace in knowing the quality of his life was undiminished until the very end. Al was a great guy, who sold me my first "new" car 45 years ago and who I turned to for advice with a personal matter as recently a couple years ago. He will always occupy a special spot in the top tier of my memory for evermore. He leaves a legacy of love, integrity and joy that will not be forgotten. On behalf of my mom, June, and sisters, Lizabeth and Joanne we can only offer our condolences for your loss and hope that the memories of a life well lived in some way will help to ease the pain of Al's passing.

Posted Jun 17, 2020 at 09:56am
Uncle Al was looked up to by everyone. He showed us that an honest, decent, fun-loving guy could have a successful life. He would never let his integrity be compromised, enjoyed telling a good story and loved golf and his family. I’m sure he’s enjoying time with his brothers and sisters now and our loss is their gain. Love and thanks, Jeff
Comment Share
Share via:
FS

Posted Jun 12, 2020 at 09:53am
My sympathy. Al and my husband Larry are probably up there talking car business right now.
Jennie O'Brien
Comment Share
Share via: 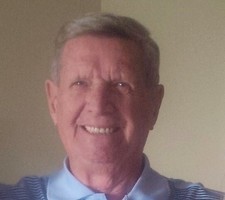 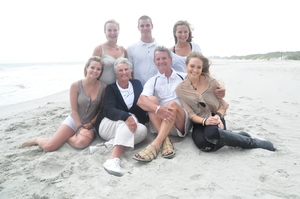 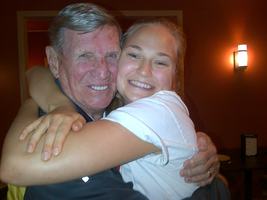 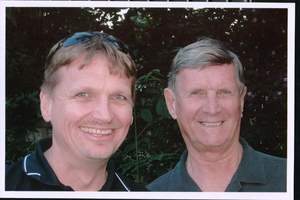