To share your memory on the wall of Alistair Kinnear, sign in using one of the following options:

Provide comfort for the family of Alistair Kinnear with a meaningful gesture of sympathy.

We encourage you to share your most beloved memories of Alistair here, so that the family and other loved ones can always see it. You can upload cherished photographs, or share your favorite stories, and can even comment on those shared by others.

Posted Jan 07, 2020 at 04:12pm
Awesome brother , awesome father , awesome player . Will miss you dearly my brother , especially each and every time I step on a pitch . Turn that bloody guitar down . We can still hear you all the way down here .
Comment Share
Share via:
M

Posted Jan 07, 2020 at 01:40pm
Thoughts and Prayers to All - over the many soccer years of playing with Alistair...have grand memories...blessed our paths crossed...
Comment Share
Share via:

We will all miss your tremendous spirit, love for our sport and above all your ability to bring a smile.

Posted Jan 03, 2020 at 08:46am
It is so sad to hear that Alistair left us at such an early age. He will truly be missed. I had the pleasure of playing footie with Alistair many years ago with Gator Ted's, and played against him in the O-50's this past summer. We always shared a few (or more) laughs after the games. Rest in peace. Steve Ottman
Comment Share
Share via: 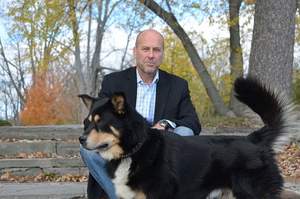