To share your memory on the wall of Alexander \"Sandy\" Adam, sign in using one of the following options:

Print
Sandy Adam passed away peacefully on June 18, 2020, at Joseph Brant Hospital, with his beloved wife of 52 years, Valerie, by his side.

We will be forever grateful to Valerie who cared for Sandy at home until the very last day of his eigh... Read More
Sandy Adam passed away peacefully on June 18, 2020, at Joseph Brant Hospital, with his beloved wife of 52 years, Valerie, by his side.

We will be forever grateful to Valerie who cared for Sandy at home until the very last day of his eight-year fight with Parkinson’s. He fought to the very end. He never complained and he never gave up. He refused to show fear or despair. He never stopped trying to communicate or acquire knowledge.

Sandy was born in Hamilton, Scotland in 1944. He immigrated to Canada with his family in 1953, settling near Montreal in Deux-Montagnes. After leaving Lake of Two Mountains High School, Sandy went on to earn a BA from the University of Toronto and an MBA from University of Western Ontario.

He joined The Steel Company of Canada in 1970 and settled with his young family in Burlington, Ontario. He enjoyed a long career in manufacturing and made many friends in Hamilton, Cambridge (Toyota) and Sault Ste. Marie (Algoma Steel). After retiring and throughout his career, Sandy acted as a trusted director to Canadian companies and charitable organisations.

Sandy saw the world and travelled extensively in Asia and Europe for business or with Valerie, family and friends. His interests and enthusiasm for learning made him a fascinating companion and he will be remembered for his wit and intelligence.

Most important to Sandy was the happiness of his family. He will be dearly missed by his wife, Valerie, his loving children – James Adam (Serena) and Jennifer D’Souza (Tim) and his cherished grandchildren: Alexandra, Lauren, Steffie, Sebastian and Madeleine, his sister Isabella Fildes, sister-in-law Karen Harrington, nieces Kate and Renée and nephews Michael and Harrison. He is predeceased by his parents Alexander and Agnes (McDade) Adam.

This is not goodbye Sandy. We will take you with us wherever we go.


Given the current challenges associated with Covid-19, we are not having a service. Instead, we will wait until a later date, when we can get together to celebrate Sandy’s life.

In lieu of flowers, please consider a donation to the oakvillehospitalfoundation.com
Read Less

Receive notifications about information and event scheduling for Alexander "Sandy"

Donations are being accepted for: OAKVILLE HOSPITAL FOUNDATION.

We encourage you to share your most beloved memories of Alexander "Sandy" here, so that the family and other loved ones can always see it. You can upload cherished photographs, or share your favorite stories, and can even comment on those shared by others.

Posted Jul 04, 2020 at 04:13pm
Valerie, Nadine and I are devastated by the loss of our good friend, Sandy. We are so sorry for your tragic loss.
When Sandy and I were at Stelco together, we worked hard, but we also had great fun. I remember those days fondly, and I will forever remember Sandy.
Comment Share
Share via:
PC

Posted Jun 30, 2020 at 09:48pm
Valerie sorry for your loss. Sandy was a great guy to work with in our Stelco days. A great coach and mentor as he did not arm chair quarterback or down play anybody. Purchasing dept. ski trips were a hit. Sandy was one man that I held a lot of respect for.
Comment Share
Share via: 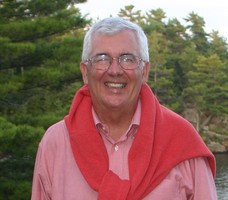