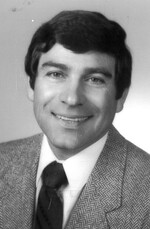 It is with tremendous sorrow that the family of Alexander (Sandy) Peter Lahey announces his passing on Saturday, April 25, 2020, two days shy of his 76th birthday, of complications resulting from longstanding health conditions.

Resourceful, resilient, and kind, Sandy was beloved as Grumps by his seven grandchildren. He was born and raised in the lobster fishing village of Main-à-Dieu, on Cape Breton Island in Nova Scotia, the eldest in a family of eight. He studied at Saint Francis Xavier University before moving to southern Ontario in his early 20s, where he took a job with National Cash Register (NCR), learning the trade of cash register sales and repair. From 1976 until 2010, Sandy was co-proprietor of Century Cash Register, which sold and serviced cash registers to businesses large and small throughout the GTA, from takeout restaurants to public libraries to convenience store chains. Sandy was a master at home repairs, never let a newspaper flyer go unread, made a mean corned-beef-and-cabbage boiled dinner, shed tears at any talk of “down home,” and for several decades regularly read the liturgy of the word at Sunday mass at St. Patrick’s Parish in Burlington.

Sandy will be greatly missed by Phyllis (Bryk), his wife of 50 years; his kids Sean (and his wife Jen), Anita (and her husband Tom), Wendy (and her husband Mike), and Matthew; his grandchildren Nathan, Kyle, Charlie, Henry, Ainsley, Pippa, and Tenley; and his siblings Bill (Karen), George (Diane), Lil (Albert), Angus (Melinda), Valerie (Les), Charlie (Rita), and Herman (Tina).

Sandy suffered numerous health ailments in recent years, struggles he met with quiet grace and a determination to regain health and strength that he held to the last. His family greatly appreciates the compassion and care shown by Dr. Kumaranayake, Dr. Nayar, and the staff, doctors and specialists at Joseph Brant Hospital and Hamilton Health Sciences.

A memorial mass will be held at a later date. Donations in Sandy’s memory can be made to Diabetes Canada (diabetes.ca), Spinal Rehabilitation at Hamilton General Hospital (hamiltonhealthsciences.ca), or Joseph Brant Hospital Foundation (jbhfoundation.ca).